Burns, who lived in northern Georgia, was 64.

1. His Car Went Off the Road While He Was Driving Home

Bob Burns, center, with Billy Powell and Gary Rossington of Lynyrd Skynyrd react after the induction of the Band during the Rock and Roll Hall of Fame Induction Ceremony in New York, 13 March 2006.

The Georgia State Patrol told CNN that Burns died after his car hit a mailbox and tree in Cartersville. No other cars were involved in the crash and Burns was alone. He was not wearing a seatbelt, police said.

According to TMZ.com, Burns veered his 1995 Buick Roadmaster off the road and hit a curb, before striking the mailbox and tree. TMZ reports that Burns was alive when paramedics arrived, but died at the scene. There were no signs that drugs or alcohol were involved, according to TMZ.

2. He Was One of the Band’s Founding Members

Burns was the drummer on some of the band’s most well known songs, including Free Bird, Sweet Home Alabama and Gimme Three Steps. He left the band in 1974 because he was “exhausted by touring,” according to the band’s Rock and Roll Hall of Fame biography.

3. He Left the Band Before a Plane Crash Killed 3 of His Former Bandmates in 1977

The plane, a Convair CV-300, was headed to Baton Rouge, Louisiana after a show in Greenville, South Carolina when it went down in a heavily wooded area in northeast Mississippi.

Lynyrd Skynyrd continues to tour with Rossington on guitar. Burns played with the band in 2006 at its induction to the Rock and Roll Hall of Fame.

Rossington posted on the band’s Facebook page about Burns’ death:

5. Burns Had Recently Played With a Lynyrd Skynyrd Tribute Band

Burns made appearances with the Artimus Pyle Band, a tribute band to Lynyrd Skynyrd. The band posted on Facebook: 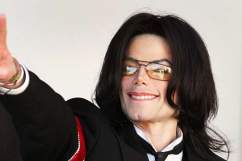 Loading more stories
wpDiscuz
2
0
Would love your thoughts, please comment.x
()
x
| Reply
Robert "Bob" Burns, the original drummer for Lynyrd Skynyrd, died after crashing his car in Georgia. He was 64.