Warren Weinstein with his wife, Elaine, in an undated family photo. Weinstein, an Al-Qaeda hostage, was killed in an American drone strike. (bringwarrenhome.com)

An American contractor being held hostage by al-Qaeda was killed in January in an United States drone strike that targeted terrorist leaders, the White House announced Thursday.

Warren Weinstein, 73, was being held in an al-Qaeda compound near the Afghanistan-Pakistan border that was hit by a drone strike. An Italian hostage, Giovanni Lo Porto, and another American citizen, Ahmed Farouq, who was a member of al-Qaeda, were also killed in the strike.

President Barack Obama said they were not aware Weinstein, Lo Porto and Faroqu were in the compound.

Weinstein was captured from his home in Lahore, Pakistan on August 13, 2011 and held hostage for more than three years.

Warren Weinstein Asks for President Obama to Rescue HimA video of a desperate plea surfaces from an American kidnapped in Pakistan.2013-12-27T01:06:52.000Z

According to ABC News, the United States government had been working behind the scenes to free Weinstein, who was taken hostage from Pakistan in 2011. Multiple proof of life videos were released by Al-Qaeda, the last one in 2013.

According to a website set-up by his family, Weinstein, “is an American economic development expert. He has worked tirelessly to help others since beginning his career as a human rights advocate in 1969. Weinstein has devoted his entire life to helping people around the world become economically self-sufficient.”

He was a father, husband and grandfather, and had a heart condition and severe asthma, his family said.

“His wife and daughter spent time with him in Pakistan. They observed him doing the work he loved and the important relationships he developed with the Pakistani people. He is a gentle man who was in Pakistan to help the people of Pakistan,” his family said on the website. 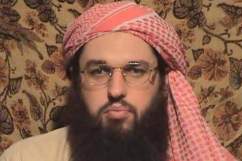 2. Obama Said He ‘Takes Full Responsibility’ For the Deaths of Innocent Hostages

President Barack Obama talks at a press conference about the death of Warren Weinstein. (Getty)

“The operation targeted an al-Qaeda-associated compound, where we had no reason to believe either hostage was present, located in the border region of Afghanistan and Pakistan. No words can fully express our regret over this terrible tragedy,” Obama said.

Elaine Weinstein, Warren’s wife, released a statement about his death:

On behalf of myself, our two daughters, our son-in-law, and two grandchildren, we are devastated by this news and the knowledge that my husband will never safely return home. We were so hopeful that those in the U.S. and Pakistani governments with the power to take action and secure his release would have done everything possible to do so and there are no words to do justice to the disappointment and heartbreak we are going through. We do not yet fully understand all of the facts surrounding Warren’s death but we do understand that the U.S. government will be conducting an independent investigation of the circumstances. We look forward to the results of that investigation. But those who took Warren captive over three years ago bear ultimate responsibility. I can assure you that he would still be alive and well if they had allowed him to return home after his time abroad working to help the people of Pakistan.

The cowardly actions of those who took Warren captive and ultimately to the place and time of his death are not in keeping with Islam and they will have to face their God to answer for their actions.

3. Weinstein Was Kidnapped 4 Days Before His Time in Pakistan Would Have Ended

Warren Weinstein, with his wife Elaine, in Pakistan in 2006. (bringwarrenhome.com)

Weinstein, a Rockville, Maryland resident, was captured by al-Qaeda just four days before his time working for the U.S. Agency for International Development in Lahore, Pakistan was set to end, according to NBC News.

4. He Was a World-Renowned Development Expert

Warren Weinstein, far right, with his wife, Elaine, and other family members. (bringwarrenhome.com)

According to CNN, Weinstein worked for Virginia-based J.E. Austin Associates Inc., a consulting firm that is a USAID contractor. The company said he was a world-renowned development expert.

“Warren spent his entire life working to benefit people across the globe and loved the work that he did to make people’s lives better,” Elaine Weinstein, Warren’s wife, said in a statement. “In Pakistan, where he was working before he was abducted, he loved and respected the Pakistani people and their culture. He learned to speak Urdu and did everything he could to show his utmost and profound respect for the region.”

A Pakistani cyclist rides past Weinstein’s house in Lahore on May 7, 2012. Weinstein was killed in a U.S. drone strike in January 2015. (Getty)

The Washington Post reported that the al-Qaeda terrorists holding Weinstein had demanded the United States stop drone and other air strikes in Pakistan, Afghanistan, Somalia and Yemen in exchange for Weinstein’s release.

After the United States negotiated for Sgt. Bowe Bergdahl’s release in 2014, Weinstein’s family hoped he would be the next American to return home. But they also had fears that about the political backlash over the Bergdahl prisoner swap.

“We started to realize that the administration is going to be a lot less likely to do this again if it causes some political problems for them,” Warren’s daughter, Alisha, told CNN. “So does that mean that the door is closed for us?”

According to ABC News, al-Qaeda begged for a prisoner swap for Weinstein in August 2014 in a letter to his family.

“Your government wants Warren Weinstein to die in prison so that it may absolve itself of responsibility regarding his case. Your government has not made any serious efforts for the release of the prisoner,” the letter read.

Weinstein’s wife, Elaine, said in her statement after Warren’s death:

I want to thank Congressman John Delaney, Senator Barbara Mikulski, and Senator Ben Cardin – as well as specific officials from the Federal Bureau of Investigation – for their relentless efforts to free my husband. Unfortunately, the assistance we received from other elements of the U.S. Government was inconsistent and disappointing over the course of three and a half years. We hope that my husband’s death and the others who have faced similar tragedies in recent months will finally prompt the U.S. Government to take its responsibilities seriously and establish a coordinated and consistent approach to supporting hostages and their families.

I am disappointed in the government and military in Pakistan. Warren’s safe return should have been a priority for them based on his contributions to their country, but they failed to take action earlier in his captivity when opportunity presented itself, instead treating Warren’s captivity as more of an annoyance than a priority. I hope the nature of our future relationship with Pakistan is reflective of how they prioritize situations such as these. 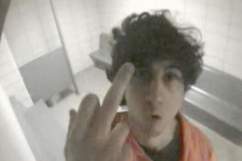 Read More
5 Fast Facts, Breaking News
Warren Weinstein, an American being held hostage by al-Qaeda, was killed in a drone strike by the United States that targeted the terrorist group.