WARNING: Graphic content. A man is being held on $1 million bail after he was filmed hitting a 3-year-old toddler in the face in an appalling attack in a California grocery market.

Justin Whittington, 23, was arrested after he dragged, pulled and punched the boy inside a Bakersfield grocery store on Thursday.

Police tracked Whittington down and charged him with child endangerment after the startling footage from inside the Vest Market appeared online, police said.

Police haven’t commented on the man’s relationship to his victim but Dindral said the man was the boy’s father and said that he’s seen them in the store together before.

In one clip, Whittington finds the boy hiding behind an aisle and grabs him by the leg before yanking the child like a rag doll several feet off the ground by the shirt and apparently yelling in his face.

The child eventually runs off to a pregnant woman who appears to be his mother.

A second, even more sickening clip, shows Whittington dash after the child before surprising him and throwing a hard punch directly in the boy’s face.

The child crumples to the ground in tears and holding his head as Whittington leans over and again appears to yell, then drags him to his feet by his arm.

The boy, still crying and holding his face, runs over to the woman, who leads him out of the store by the arm as he continues to bawl.

Dindral later gave the footage to cops who were able to track down the suspect. “It was the right thing to do,” Dindral told the Daily News. “You don’t hit a child like that.”

The boy was later examined by medical personnel at his home and he did not require hospitalization. 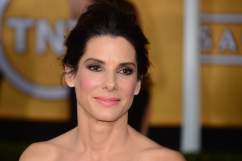 Read More
Breaking News, California, Crime
WARNING: Graphic content. A man is being held on $1 million bail after he was filmed hitting a 3-year-old toddler in the face in an appalling attack in a California grocery market.