A French tourist has been missing in the Bronx since May 4. The missing man is 22-year-old Arthur Astie. He was last seen going down to a Subway station at around 8:30 p.m. while trying to get back to his family who were staying in Harlem. He had been in the city for a week when he went missing.

1. NBC New York reports that the NYPD are working with the French consulate in New York in a desperate attempt to locate Astie. His family says that he doesn’t know anyone in the city and that he has very poor English, though on his Facebook page he lists English as one of his languages. According to a missing poster for Astie, he was due to fly home on May 7 but missed his flight.

2. He goes by the nickname Ubu which is also his rapping name. France Bleu reports that Astie had been on the radio in Brooklyn on the day he went missing. The website says that Astie left two voice messages for his girlfriend prior to going missing. His girlfriend, Amanda, said that on one message he said “I’m not a bad guy. I’m not a bad guy.” She described the messages as “worrying.”

3. According to his Facebook page, Astie aka Ubu Omikro, appeared on Radio Bushwick on the day of his disappearance. While he had been in New York he spent time with rapper Delroy Skanks.

4. He’s a native of the French city of Orleans but lives in Tours. A grassroots Twitter campaign is underway to find Astie. Users have been posting the hashtag “MissingUBU.” 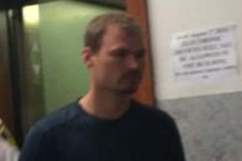 Loading more stories
wpDiscuz
1
0
Would love your thoughts, please comment.x
()
x
| Reply
A French tourist has been missing in the Bronx since May 4.