A 20-year-old Texas man has been accused of trying to travel to Syria to fight with the ISIS terrorist group.

Asher Abid Khan was arrested Tuesday morning and is expected to appear before a federal judge later in the day, the U.S. Attorney’s Office for the Southern District of Texas said in a press release.

According to the Department of Justice, Khan was charged with conspiring to provide material support and resources to a foreign terrorist organization, which carries a potential sentence of up to 15 years in prison and/or a fine of up to $250,000.

1. Khan’s Family Lied to Him About His Mother’s Health to Halt His Plan

Asher Khan with his mother at his high school graduation. (Facebook)

Khan’s family intervened to prevent him from joining the terror group, prosecutors said. He was living in Australia with a relative and traveled successfully to Istanbul, Turkey, where he planned to meet up with a friend and join ISIS in Syria.

But Khan’s family sent him false information about his mother’s health, convincing him through that deception to return to his family’s home in Spring, Texas, near Houston.

According to the criminal complaint filed by an FBI agent, his family told Khan that his mother had been hospitalized. Khan complained in a Facebook message that he rushed back home because he was told his mother was in the ICU.

Khan, a 2013 graduate of Klein Oak High School, has been back in the United States since February 2014. He was arrested without incident by federal authorities on Tuesday, more than a year after his return from Turkey.

He also recently spent time living with relatives in Australia, according to the criminal complaint.

The FBI learned about Khan in August 2014 while investigating a friend of his. After getting a warrant to search the friend’s Facebook messages, they found he had been talking with his friend and others about traveling to Syria, joining ISIS and recruiting others to join him.

By that point, Khan had already traveled to Turkey and returned to the U.S.

Read the complaint below:

2. He Told a Fighter Facilitator He Wanted to Die as a Martyr

Khan reached out to a Turkish-based fighter facilitator through Facebook and told him, “I wanna join ISIS can you help?,” according to the press release from the Department of Justice. He also told the facilitator, “I wana die as a Shaheed (martyr),” prosecutors say.

The unidentified 24-year-old ISIS recruiter travels frequently between Turkey and Syria, and uses at least four Facebook accounts, according to the complaint. One of the accounts was used to communicate with Khan and a friend about ISIS.

Khan first messaged the facilitator on January 11, 2014, while living in Sydney, Australia, asking for help joining ISIS. Around that same time, Khan was debating with his friend about whether they should travel to Syria or Iraq. They planned to train with ISIS and then fight on the “front lines” in Damascus, Syria.

3. He Planned to Travel From Turkey to Syria to Join ISIS, Prosecutors Say

Prosecutors said in a press release that Khan devised a plan to travel to Turkey and then on to Syria to join ISIS. Turkey is often used as an initial destination for foreigners looking to join the fight in Syria.

The ISIS facilitator had told Khan he could help him when he arrived in Turkey. He was told to travel to Istanbul and then take a bus to the southern city of Antakya, which is near Turkey’s border with Syria.

4. He Said He Felt ‘Sad’ That He Lives ‘Comfortably’ While His ‘Brothers’ Suffer

Khan told the ISIS recruiter through Facebook in January 2014 that he moved to Australia in 2013 because he was tired of living in the west. He said he was “sad,” because he lives in Australia “comfortably while (his) brothers are in so much hardship,” in the Middle East.

He said in a Facebook message, “All I know is that I want to fight fisabillah (for the sake of Allah). Who knows how long this fitna (a division between brothers that leads to fighting) will last? Will I miss my chance? I don’t want to fight for war booty or for nationalism. I want to just rise the laws of Allah and be a shaheed in his cause. I don’t want to be fighting with the wrong group, and so far all I see is ISIS fighting for Khilafah (the Muslim state).”

According to the press release, a friend of Khan’s who he conspired with was able to successfully travel to Syria and joined ISIS. He was not named in the release and was identified in the criminal complaint only as “S.R.G.”

The FBI alleges that Khan put his friend in contact with the Turkish-based ISIS facilitator so that the friend could join the terror group in Syria.

The complaint states that the friend goes by the name Abdullah Ali, and is a Mexican convert to Islam.

He is also from Texas, the FBI says. Ali’s Facebook page states that he is a Houston resident.

The FBI says his Facebook page included photos of S.R.G dressed in camouflage and holding what appeared to be an AK-47-style rifle. He told Khan he had gone through an ISIS boot camp, shot the rifle and “even fought a ‘(l)il bit,'” the FBI said in the complaint.

Khan told him through Facebook, “I’m happy for you and you are always in my prayer. I don’t want you getting in trouble so ima wrap this up real quick. Just a few things! Be careful who you kill, don’t neglect salah, recite qur’an and make tones of dua for guidance. And then trust in Allah. Don’t curse ppl you don’t know stuff about. And just take care, always.”

The two continued to talk in July 2014, and the friend tried to convince Khan to come join him in Syria. “That’s my baby,” he said with a photo of an AK-47. “You can have one too if you’d like.”

On August 11, 2014, S.R.G told Khan he was now fighting with ISIS, and Khan told him to make sure they weren’t “doing everything according to Islam … no killing innocent ppl and all that.” 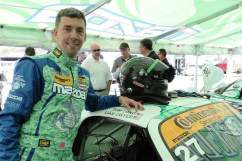 Loading more stories
wpDiscuz
1
0
Would love your thoughts, please comment.x
()
x
| Reply
Asher Abid Khan, a 20-year-old Texas man who is accused of trying to join ISIS, returned to the United States after his family lied about his mother's health.