A 14-year-old kid was killed after he was shot in the head in The Bronx. Christopher Duran had allegedly gotten into an argument with two other teens before the shooting which happened along Sheridan Avenue on the morning of May 22.

1. Duran Was Shot 3 Times in the Chest & Once in the Head

2. Duran Had Been Arrested Several Times Already in His Short Life

The NYPD have arrested one teenager in connection with the attack. Cops are still searching for another assailant. ABC New York reports that Duran had multiple arrests as a juvenile. The station also says that the attacked happened in an NYPD Impact Zone, where the cops aim to physically increase their presence in certain neighborhoods.

3. His Cousin Says Duran Was On His Way to School When He Was Killed

His cousin, Stephanie Guzman, told CBS New York “He was a good kid. He was a 14-year-old kid. A normal kid, likes to hang out with his friends. He’s going to school, and he gets shot and killed for no apparent reason. Who does that?”

According to his Facebook page, Duran is a native of New York City and lived in the Bronx. He says he was in a relationship and is a fan of the New York Mets and Knicks as well as the Los Angeles Clippers sports teams. In January 2013 he said he was at 167th and Sheridan Avenue, where he would die. Duran was there to visit the dentist.

5. This the Second Teen Gang Attack in New York This Week

ABC New York reports that there may have been something gang related to the shooting. A week before this attack, a 14-year-old kid was shown on a viral video being beaten to a pulp after he was asked if he was a member of a gang in Brooklyn. 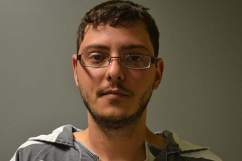 Read More
5 Fast Facts, Breaking News, Crime
Follow Heavy ↓
A 14-year-old kid was killed after he was shot in the head in The Bronx.