Feras Morad with his mother and sister at his high school graduation. (Morad Family/GoFundMe)

An unarmed Long Beach State University student was fatally shot by police on Wednesday, May 27, after falling from a second-story window.

Police said the first officer on the scene saw three men in an alley when he arrived. As he exited his car, one of the men, Morad, “began to walk quickly towards him,” police said. The officer said Morad appeared to have a large cut on his body and was covered in blood. Police said the officer told Morad he was there to help him get aid.

According to the police press release, the officer told Morad to stop so that he could get medical treatment:

1. His Friends Called 911 After Morad Fell From the Window

Police were called to the 4600 block of East 15th Street to assist the Long Beach Fire Department at about 7:30 p.m. Firefighters were responding to a report that a man had fallen out of a second-story window and “was acting intoxicated (on drugs) and displayed violent behavior.”

Morad had been “acting erratically and got into a physical altercation with his friends that lasted approximately 10 minutes. While they tried to restrain him, he broke loose and jumped through the glass of a second story window. The suspect continued to behave irrationally and a short time later, the officer arrived.”

Morad’s friends said they were screaming at the officers not to shoot Morad because he was injured, shirtless and bleeding.

“He was in a state of utter distress like he didn’t know where he was and he kept moving toward and wasn’t responding to the officer. The officer used the Taser, but it didn’t hit or wasn’t effective,” his friend Ryan Fobes, told ABC 7 Los Angeles.

His friends said Morad took some mushrooms and had a severe reaction to the hallucinogens, according to ABC.

“I don’t know why the press release says that they were fighting. From what the friends had told me, he was just having a bad reaction,” his cousin, Kareem, told NBC Los Angeles.

His friend said the officer shot Morad, despite their pleas.

“The next thing after trying to use the Taser was to pull out his gun. We were saying, ‘Don’t shoot! Don’t shoot, he’s not armed!’ Feras was shirtless and covered in blood and obviously very hurt,” Fobes said.

Police said the officer “took the suspect into custody” and firefighters “began life saving measures” before Morad as taken to a local hospita, where he was later pronounced dead.

“What they resorted to, this is not the type of help he needed,” Fobes told CBS Los Angeles.

A GoFundMe page has been set-up to help the family with funeral expenses:

This is a devastating loss for all who knew him, but especially for his loving family. In addition to dealing with unimaginable pain and confusion, they are now faced with a monumental financial burden. This grieving family should not have to go broke to have a proper memorial and funeral service, and to afford legal aid so they can seek justice and accountability.

Feras was just stepping into his adulthood, and yet he had already touched countless lives with his kind and loving heart,” the family said on the GoFundMe page. “They say it takes a village to raise a child. The village is needed now.

His father, Amr Morad, told NBC Los Angeles, “He wasn’t supposed to be shot, even if he did something, if he was under the influence, he should not have been shot, he does not harm anyone.” 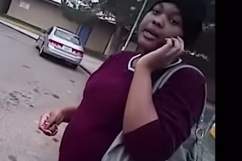 2. The Officer Hasn’t Been Named & the Shooting Is Under Investigation

The name of the officer who shot Morad hasn’t yet been released. Police said in a statement:

The Police Department thoroughly reviews all use of force incidents through a rigorous multi-step process that evaluates legal, policy, tactical, and equipment issues.

The Long Beach Homicide Detail investigates all officer involved shootings. This investigation remains ongoing. Anyone with information regarding this incident is urged to contact the Homicide Detail at (562) 570-7244. Anyone wishing to remain anonymous may call 1-800-222-TIPS (8477), or text TIPLA plus your tip to 274637 (CRIMES), or visit www.LACrimeStoppers.org

Morad’s family has said they plan to sue the police department.

3. Police Didn’t Tell Morad’s Family He Had Died for 2 Days, His Sister Says

The family is also upset because they were not notified of Morad’s death for two days.

“I am so angry no words can explain what I’m feeling,” Morad’s 16-year-old sister, Ghada Morad, told CBS Los Angeles.

She said the family only learned about the death because she talked to Morad’s friends after he didn’t come home Wednesday. They were never contacted by the police, hte hospital or the Los Angeles County coroner’s office.

“It’s really unfair how I had to go figure it out myself through a Facebook message,” Ghada Morad told NBC Los Angeles.

Ryan Fobes, Morad’s friend, posted a series of tweets about the shooting:

4. He Was a Nationally Ranked Debater & Honors Student in High School Who Hoped to Become a Lawyer

Morad was a a nationally ranked debater in high school, according to the Long Beach Press-Telegram.

His friend told the newspaper that Morad wanted to be a lawyer. He graduated in 2013 from El Camino Real Charter High School in Woodland Hills and then studied at Moorpark College, where he had a 3.9 GPA. He was accepted into UCLA and the University of California-Berkeley, but enrolled as a transfer student at Long Beach State to save money for law school.

According to the Press-Telegram, Morad competed in the Phi Rho Pi National Forensic Organization parliamentary debate, leaving with gold honors, the highest level possible. He also was in the 2015 California Community College Forensic Association State Championships.

In high school, Morad was a competitors in the Los Angeles County orator’s Cup and was the second student in his school’s history to earn a spot in the National Speech and Debate Championship Tournament, placing 16th overall.

5. His Sister & Friends Have Started a ‘Justice 4 Feras’ Campaign

Jordan Menard, who set-up the social media pages, told the Press-Telegram, “Debate is a very tight-knit group. The whole point is to build a community around Feras … I wanted to give my friends the ability to fight back against the system. I want police to stop seeing people as problems that need to be solved instead of human beings.”

Christopher Yamas, who started the GoFundMe page told the Press-Telegram that he thinks there were other options police could have used. He said Morad hoped to attend law school and then become a public defender.

“It’s a very sad, poetic irony that he [died] like this,” Yamas told the newspaper. “We’re all searching for meaning.” 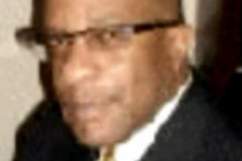 Loading more stories
wpDiscuz
71
0
Would love your thoughts, please comment.x
()
x
| Reply
Feras Morad, an unarmed 20-year-old Long Beach State University student, was fatally shot by police while "advancing" on an officer after falling out of a window.