George Zimmerman’s face was bloodied today when a suspect fired multiple bullets through the window of the former neighborhood watch volunteer’s SUV. Local cops said the infamous killer of Trayvon Martin had been shot in the face, but Zimmerman’s lawyer now says the wounds came from glass fragments and not from a bullet. He was driving the same pickup truck, a Honda Ridgeline, he rode on the night of the Trayvon Martin shooting. The suspect has been named as Matthew Apperson.

1. Zimmerman & the Suspect Know Each Other

George Zimmerman’s truck at the scene. (Screengrab via WKMG)

He suffered minor injuries after the incident which occurred in Lake Mary, Florida, at around 1 p.m. on May 11. Zimmerman was shot at through the passenger side front window of his SUV. His lawyer told the Associated Press that the bullet missed Zimmerman’s head. It did however spray glass into his face, causing injury. The Orlando Sentinel reports that the suspect is someone who is personally familiar to Zimmerman.

My Fox Orlando says the shooting happened at 1 p.m. along Lake Mary Boulevard. Police say Zimmerman confronted another driver which resulted in the shooting. A resident of the street told WKMG’s Erik Sandoval that he heard “gunshots and then heard helicopters.” 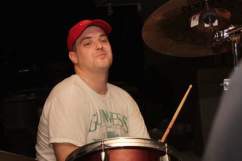 There is a “secondary scene” related to the shooting, according to cops in Lake Mary. WKMG’s Erik Sandoval tweeted that the other scene is along Waymont Court in the town, which is close-by to where the original shooting took place.

The 911 call emanated from the there, where Kenneth Cornell called police after man told him “I shot George Zimmerman.” The suspect told Cornell he’d had run-ins with Zimmerman before, reports Michael Lopardi of WFTV. Waymont Court is where Zimmerman’s ex-girlfriend, Brittany Brunelle, works in a dentist’s office. The suspect went to Waymont Court to call 911, reports Click Orlando. Around the same time that the 911 call was made, Zimmerman successfully flagged down a Lake Mary police officer.

He was the only person injured in the incident, reports the Orlando Sentinel. Zimmerman didn’t fire any weapon during the shooting. He was shot at. The other car involved is an Infinity, reports Click Orlando. Police are still trying to determine “how or why” the shooting happened.

4. Zimmerman Was Rushed to a Local Hospital

Zimmerman has gone to a hospital after the shooting and his pickup truck was towed from the area involved. The former neighborhood watch volunteer was released shortly after his arrival. Amanda Ober of WEST tweeted that he’s being treated a Central Florida Regional Hospital.

5. Zimmerman Was Cleared of Perpetrating a Hate Crime Against Trayvon Martin Earlier This Year

This is just the latest bizarre incident involving Zimmerman since he was acquitted of murder after shooting black teenager Trayvon Martin dead. Earlier in 2015, the Department of Justice announced that no civil rights charges would be pursued against Zimmerman for the 2012 shooting in Sanford, Florida. Also in 2015, his girlfriend filed assault charges against him, she later recanted her allegations. 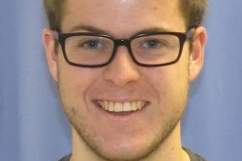