Just what has Hillary Clinton been talking about? The State Department announced on May 22 that her emails would be made public on the agency’s FOIA site. According to the department, around 300 emails, consisting of 850 pages, are being released.

The messages are expected to shed new light on how the Democratic presidential candidate handled the 2012 attack on the U.S. consulate in Benghazi. Despite the new information, the State Department tweeted, “The emails we release today do not change the essential facts or our understanding of the events before, during, or after the attacks.”

Many of the emails show exchanges between Clinton and her husband’s former aide Sidney Blumenthal. In one message, he invites her over for dinner and adds, “Bill can come too.”

You can read the emails below. They are being uploaded by Matthew Keys as the FOIA site is down.

Clinton had said during a campaign stop in Iowa just days before the release that “nobody has a bigger interest in getting [the emails] released than I do.” The initial plan had been to release the emails in January 2016, but a federal judge ruled that the release had to be expedited. 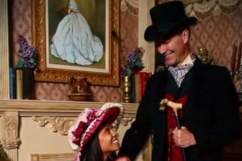 Read More
Breaking News, Politics
Just what has Hillary Clinton been talking about?