An Iowa Libertarian says he was offered teen prostitutes in exchange for letting an oil company lay pipe on his land. The man is 61-year-old Hughie Tweedy of Iowa City, Iowa. He’s accusing a representative of Dakota Access, a subsidiary of Energy Transfer Partners, of offering teen prostitutes in exchange for allowing the laying of pipe on his farm in Lee County, Iowa.

1. Tweedy Says a Sleazy Oil Rep Wanted to Take Him to St. Louis to Party With 19-Year-Old Prostitutes

On May 11, Tweedy first made that accusations, on May 13, he played a recording of one of the reps, who Tweedy didn’t name, offering him teen prostitutes, reports KCRG. The landowner won’t allow the recording be released publicly, on the advice of his lawyer. Though Tweedy recited some of the tape for KCRG:

Tweedy is a resident of Montrose, Iowa, along the Mississippi river.

2. Tweedy Thinks His Computer Has Been Hacked

On his Facebook page, Tweedy describes himself as a Libertarian in several posts. In his about section, he writes “I’m a naturalist, land steward and grandpa.” He’s been updating his fight against the big oil company on his Facebook. On May 15, he wrote “My State Senator is listening to recording tomorrow. Meeting with sheriff at 1 P.M.. I’m ready to get my life back, but I’m all in until I beat this army of invaders.” Just a day before, he posted about being worried that his computer had been hacked. He had proposed the idea of having tent city set up on his land to prevent any laying of pipe. He has endorsed Rand Paul for president.

3. The CEO of the Oil Company in Question Is Worth $7 Billion

Dakota Access are in the process of building a pipe that will travel 1,134 miles, bringing oil from North Dakota to Illinois. The cost of the plan is $3.8 billion. The company released a statement on Tweedy’s allegations saying:

We are aware of allegations that have been made concerning the conduct of an employee of one of our contractors. We take these types of matters very seriously. We do not conduct business in the manner suggested, nor do we condone any contractors to conduct themselves in any manner other than to treat people with the utmost respect and professionalism. We are committed to continuing to maintain these high standards as we continue to execute this project in Iowa.

The company’s parent, Energy Transfer Partners, is a Fortune 500 company. Their CEO, Kelcy Warren, has an estimated wealth of $7 billion, according to Forbes.

Hughie Tweedy for President! Don't know who he is?? LEARN!!!

If Hughie Tweedy is really a man of principle, when he gets offered a bunch of cash to shut up, he'll spit on their shoes. #TYTLive

5. A Documentary Is Being Made About His Struggle

Back in March, Tweedy explained that his land was “not for sale – not for a million bucks.” In an interview, it’s written that Tweedy will be featured in a documentary about Iowan land owners who are fighting to keep their land. 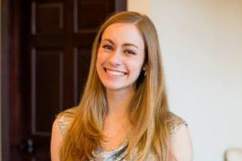