A 19-year-old college student told Jeb Bush that “your brother created ISIS” at an event in Florida. Prior to making the statement, the student identified herself as Ivy Ziedrich, a political science student at the University of Nevada.

1. She Accused Gov. Bush of Being Pedantic

During the tense exchange, the New York Times reports that Ziedrich began the exchange by saying “Governor Bush, would you take a student question?” When Bush said he would, Ziedrich identified herself and said she was a democrat. She made references to Bush’s earlier claims that President Obama created ISIS thanks to a hastened pullout from Iraq by the U.S. military. She told the possible presidential candidate “It was when 30,000 individuals who were part of the Iraqi military were forced out — they had no employment, they had no income, and they were left with access to all of the same arms and weapons…Your brother created ISIS.” He responded “All right. Is that a question?” Ziedrich snapped back “You don’t need to be pedantic to me, sir.” She asked again:

Why are you saying that ISIS was created by us not having a presence in the Middle East when it’s pointless wars where we send young American men to die for the idea of American exceptionalism? Why are you spouting nationalist rhetoric to get us involved in more wars?

But the governor went for jugular:

We respectfully disagree. We have a disagreement. When we left Iraq, security had been arranged, Al Qaeda had been taken out. There was a fragile system that could have been brought up to eliminate the sectarian violence.

And we had an agreement that the president could have signed that would have kept 10,000 troops, less than we have in Korea, could have created the stability that would have allowed for Iraq to progress. The result was the opposite occurred. Immediately, that void was filled.

Look, you can rewrite history all you want. But the simple fact is that we are in a much more unstable place because American pulled back.

The Times piece ends with “Mr. Bush turned away. The conversation was over.”

2. She’s in the University of Nevada’s Glee Club

Ziedrich wrote on Facebook that “If the first time your hear my name was in the news, please stop trying to add me.” As a student at the University of Nevada, she’s on the school’s glee club. On her Twitter page, Ziedich identifies herself as a “student, activist, coach, participant.” In an article at SonomaWest.com from 2012, it’s written that Ziedrich had applied for UC Berkeley, UCLA and Willamette University, and that she wanted to study Mandarin and either Arabic or Russian.

3. She Campaigned Against on Open Carry Law Proposed for Her School

In March 2015, the Reno Gazette Journal quoted Ziedich in a story about a controversial law which would have allowed concealed carry on campus at the University of Campus. She told the paper:

The law was backed by Republicans in Nevada’s State Assembly.

4. She Was a Nationally Ranked Debater

According to the National Parliamentary Debate Association, Ziedrich is a debater at the University of Nevada. She was a nationally ranked debater at Windsor High School in Windsor California. Her team were ranked number one in California. She also works as a debate coach. During her high school years, she chosen to sit on the school board, reported SonomaWest.com. She said at the time “I want to do a good job in the position and not just bring the view of Windsor High but also be able to communicate back to the students.”

5. Despite Not Announcing His Campaign, Jeb Bush Is the Favorite to Win the Republican Nomination

Former Florida Governor Jeb Bush hasn’t officially announced that he will be running for president in 2016. He’s expected to do so soon, joining a flooded Republican pool of possible candidates. According to Odds Checker, Bush is the second favorite to win the election behind Hilary Clinton at 4/1. The site has him the favorite, ahead of Scott Walker, who also hasn’t announced yet, to win the Republican nomination. 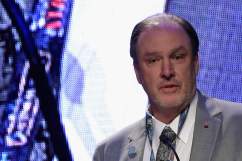