The sheriff of the Iberville Parish has said that a former teacher of the year from the town fathered a child with one of his 15-year-old students. Keavin Keith, 30, was arrested on May 18, charged with having sex with three of his students in Louisiana.

Fox 8 reports that Keith had a son with one of his victims. In total, he’s accused of having sex with three different underage female students. He’s being charged with two counts of indecent behavior with a juvenile, five counts of felony carnal knowledge and 30 counts of prohibited sexual conduct. He posted a $100,000 bond and was released. If convicted on all charges, Keith could face 30 years in prison.

2. Cops Say Keith Got Oral Sex From a 15-Year-Old Student Inside His Classroom

Keith received oral sex from one of his victims inside his classroom of Iberville’s Math, Science and Arts Academy-West campus which is located in Plaquemine, reports the Advocate citing police sources. Sheriff Brett Stassi said that Keith admitted to the affairs during his interview.

The teacher’s stepfather, David Keith, told WDSU that his son hired a lawyer. Keith’s been a teacher at MSA since it opened in 2008. He taught civics and geography. Keith is on administrative leave without pay pending the full investigation. WDSU reports that in 2013, Keith was named the parish’s “Teacher of the Year.” The Plaquemine Post South reported in June 2013 that Keith had been chosen to represent the parish in the regional teacher of the year competition. Principal Elvis Cavalier told WBRZ “I almost passed out. It’s very upsetting to me that this was going on. Hopefully none of that was going on at this campus. But I’m not ruling anything out at this point.”

4. He Told One Victim That He Would Hurt Himself If Anyone Ever Found Out About Their Relationship, Police Say

Teacher Keavin Keith is in solitary confinement at the Iberville Parish jail after giving off suicidal tendencies, Sheriff said. @WBRZ

The Advocate reports that Keith told one of his victims via text message that he would hurt himself if anybody ever found out about their relationship. That victim told officers that Keith said he had a gun. It was that student who went to police and told investigators about the other victims. That victim also told police that while at Keith’s home, he should her pictures of him making out with other students with their tongues exposed.

On his profile at the school’s website, it says that Keith graduated from Louisiana State University in 2008. He’s a native of Plaquemine. He quotes Drake in his bio saying he “started from the bottom, and now I’m here.” He adds “I am very fortunate to be able to say that I look forward to work every day, and to challenging and equipping our future leaders. P.S. this is no cliche; teenagers today are our leaders of tomorrow and are worth the investment in time and energy to get them flying as high possible.” 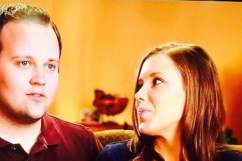 Read More
5 Fast Facts, Breaking News, Sicko
Follow Heavy ↓
A former teacher of the year from Plaquemine, Louisiana, has admitted to fathering a child with one of the three students he had sex with.