The 24-year-old son of a Massachusetts couple who were stabbed to death during a dream vacation to the Virgin Islands has been arrested. Mikhail Young, of Sudbury, Massachusetts, is accused of killing his parents, Kenneth, 73, and Jane, 67, inside the condo where they were staying. The bodies were found on May 4. He was tracked down and arrested near his home on May 5.

1. Mihail Was on Probation for an Indecent Exposure Incident

WHDH in Massachusetts reports that Young is on probation for an indecent exposure charge. According to the Metro West Daily News, Young has multiple arrests in Sudbury. In 2008 he was busted for weed possession and in 2011 police were called the Young’s house on a domestic violence report. In that incident, the Daily News reports that Young was sentenced to 27 days in prison. WHDH reports that Jane and Kenneth adopted Mikhail and his sister from Russia when they were very small. The couple had problems with their son and had taken restraining orders out on him before. Though a neighbor told the NBC affiliate “I’m shocked I’m just shocked. I never, ever, ever thought that, I mean, he loved them.”

2. His Mother Was Found Stabbed to Death & Slumped in the Bathtub

A neighbor of the slain couple went to check on them on the day of the killing. According to Commander Delroy Richards Sr. of the Virgin Islands police, inside that person “discovered an unresponsive body, the body appeared to be covered in blood. They discovered a second victim in a bathtub.” Jane Young was found slumped in the bathtub. Virgin Islands News Online reports that the bodies had been there for several days before they were discovered. Prior to the discovery, Young had gotten staff at the Crystal Cove Beach Resort complex to call him a cab for the airport. Police say, from there, the flew to Philadelphia where he got a connecting flight on to Boston. The family arrived at the resort on April 28, the parents were seen alive at around 11 a.m. on May 2.

3. He’s Been Charged With 2 Counts of First Degree Murder

After the murders, police in the Virgin Islands say Young flew back to his home in Sudbury, Massachusetts on May 2. He was arrested there on May 5 and was charged in court with being a fugitive from law. Young will be held in Massachusetts until he can be extradited. Sudbury Police Chief Scott Nix described the incident as “This is a horrific crime where the suspect allegedly killed his own parents.” The Metro West Daily News reports that what police believe to have been the murder weapon, a knife, has been recovered. WHDH reports that two officers from the St. Thomas police in the Virgin Islands will extradite Young. He’s been charged on the islands with two counts of first-degree murder, second-degree murder, first-degree assault, unlawful possession of a dangerous weapons during the commission of first0degree murder, unlawful possession of a dangerous weapon during the commission of second-degree murder and unlawful possession of a dangerous weapons during the commission of first-degree assault.

4. Jane Young Had Just Retired & Was ‘Looking Forward to a Change’

The Boston Globe reports that Jane Young has been a math teacher at Lincoln-Sudbury Regional High School until he recent retirement. The paper adds that she was “was looking forward to a change.”

5. According to His Lawyer, Young’s Arrest Was Illegal

Mikhail Young of #Sudbury is charged with killing his parents on the U.S. Virgin Islands is in Framingham court pic.twitter.com/nqBdzT6sqk

The Metro West Daily News reports that Young is being held without bail on a probation violation. His lawyer, Robert Costello, says his client has mental health issues and, citing his 2011 arrest, said Young hadn’t been taking medication for a bipolar disorder. Speaking to WHDH, Costello described Young’s arrest:

They apparently entered the young man’s home. They took the young man at gunpoint in to custody. The young man is here today. He has not been a problem to anybody in lockup. There’s been no problems reported overnight.

Costello later said to the Metro West Daily News that Young shouldn’t have been arrested when he was because murder charges hadn’t been filed yet in the Virgin Islands. Those lack-of-charges mean that there was no parole violation at the time of the arrest. He’s being held without bail. 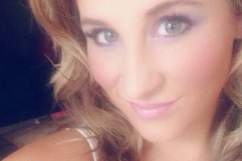 Read More
5 Fast Facts, Breaking News, Crime
An elderly couple from Massachusetts were brutally murdered during a dream vacation to the Virgin Islands. Their son is accused of killing them and then flying home.