Sexual wrecking ball and talented musician Miley Cyrus loves to shed her clothes but she also bares her soul in a pursuit to rid the planet of youth homelessness. The singer-songwriter and former “Hannah Montana” child star has launched the Happy Hippie Foundation.

“I’m the one who can fix it,” the 22-year-old told Good Morning America in the video above. “I feel like I’m not tied to a gender or an age, like I’m an infinite cosmic thing and I want people to feel that.”

Her plan is to “take on America” and then “take on the world” as she uses her fame to right social ills of the world, including advocacy for LGBT community. She said Olympic gold medalist Bruce Jenner, 65, was “really cool” to tell the world he’s a woman as he continues the transgender process. 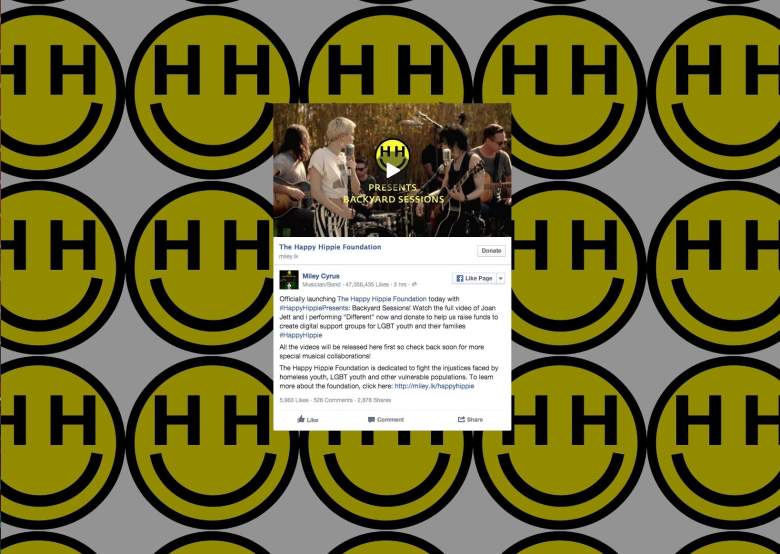 West Coast! Tune in to @GMA asap to see @MileyCyrus talk about #HappyHippiePresents :)

Cyrus used the 2014 MTV Video Music Awards — and a handsome homeless man by the name of Jesse — to advocate for the 1.6 million American runaways and homeless youth as well as the LGBT crowd.

Happy Hippie’s Facebook page features Cyrus rocking out with icon Joan Jett, whom she inducted into the Rock and Roll Hall of Fame. Ariana Grande and Against Me!’s Laura Jane Grace and Melanie Safka also will collaborate in the Backyard Sessions.

Loading more stories
wpDiscuz
0
0
Would love your thoughts, please comment.x
()
x
| Reply
Sexual wrecking ball Miley Cyrus loves to shed her clothes but she also wants to rid the planet of youth homelessness, which is why the singer-songwriter has launched the Happy Hippie Foundation.