A Canadian man admitted to killing his wife, daughter and his sister on Facebook. He later burned his home to the ground, committing suicide. The man has been named as Randy Janzen. His daughter was aspiring actress Emily Janzen. The incident unfolded on the afternoon of May 7 in the community of Rosedale, east of Vancouver.

1. Janzen Said He Killed His Daughter Because of Her Migraines

He wrote on his page:

Over the last 10 days I have done some of the worst things I could have ever imagined a person doing.First to do with my dear,sweet loving daughter Emily.The best little girl two parents could ever hope for.She was talented and smart and filled out hearts with her laughter.

She was always willing to help with a smile even when she was feeling lousy.Emily excelled at so many things but slowly had to stop almost everything because of the migraines.(But when it effected her beloved singing it took a part of her soul).

She has been very ill with migraines that have plagued her since Elementary School.This has caused her to miss two years at UBC which completely broke her heart.I don’t think anyone really knew how much pain Emily was in on a daily basis and the severe depression that these migraines caused her.

Emily watched her friends from high school move on with their lives while hers was spent wrenching into a puke tray and hours at the Emergency Rm.Since Oct/Nov her migraines have escalated to excruciating again and I just could not see my little girl hurt for one more second.She had shown unimaginable strength through a lot of migraine pain over the years and always seemed try and look on the bright side and always loved talking about things “When I get better lets do this and let’s do that”.

I wish sweetheart.Emily had tried everything to get better but nothing seemed to help her. I took a gun and shot her in the head and now she is migraine free and floating in the clouds on a sunny afternoon,her long beautiful brown hair flowing in the breeze,a true angel.Then I shot Laurel because a mother should never have hear the news her baby has died.

Then a couple of days later my sister Shelly because I did not want her to have to live with this shame I have caused all alone.Now my family is pain free and in heaven.I have great remorse for my actions and feel like the dirt that I am.I am taking full responsibility for my actions of these murders.So sorry to anyone I have hurt.Rest in peace my little family Love Daddio xoxo

According to his Facebook page, Emily Janzen was his only daughter. He was a native of Langely, British Columbia.

2. Emily Janzen Was Mourned as Being ‘Incomparible’

His daughter, Emily, was mourned on the Facebook page of the Chilliwack School of Performing Arts, who wrote:

Today we celebrate the incomparable Emily Janzen. A former student and instructor, forever a part of our CSOPA family. We will fondly remember her bright smile, beautiful voice and amazing spirit. She will be greatly missed. Our condolences go out to all her family and friends.

In 2015, she was named as outstanding supporting actress for her role as Greta in Leave of Absence at the Fraser Valley Zone festival, reports the Chilliwack Times.

3. He Was the Lead Singer in a Heavy Metal Band

Randy Janzen was the lead singer of Vancouver based band called Marauder, according to the band’s drummer Shane Dwight. The band’s style was heavy metal. The family lived at 10003 Llanberis Way in Rosedale (above). CBC reports that Randy and Laurel were the owners of the home.

4. Before Burning His House to the Ground, Janzen Was Involved in a Standoff With Cops

CTV reports that there was standoff at the Janzen’s home in Rosedale, close to Vancouver. Neighbors told the station that they heard gun shots and police telling a man to come out of the house. Eventually, smoke could be seen emanating from inside. When firefighters knocked the fire down, cops entered what was left of the house and made the discovery. The Royal Canadian Mounted Police referred to the incident as “very serious,” reports the Vancouver Sun. One neighbor told the Chilliwack Times she saw a SWAT Team barricade themselves in a home next door to the Janzen’s. They were using a bull horn to tell him to come out. She described the blaze the engulfed the house as “huge.”

5. Laurel Janzen Described Her Daughter’s Struggles With Migraines as Being ‘Unbearable’

Why is it that nice people attract the crazies? #nomeansno

Janzen’s wife was Laurel Sinclair Janzen. According to her Instagram page, the family were avid fans of the Vancouver Canucks hockey team. She wrote on her Twitter in March 2015 about Emily’s migraines, saying “Watching someone I love in unbearable pain everyday for 18 months and I feel helpless. #migraine #weneedhelp.” As recently as April 24, Laurel Janzen was tweeting about those who struggle with migraines. 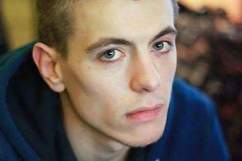 Loading more stories
wpDiscuz
3
0
Would love your thoughts, please comment.x
()
x
| Reply
A Vancouver man admitted to killing his wife, daughter and his sister on Facebook. He later burned his home to the ground, committing suicide.