A New Jersey man was found dead under the mattress of a Midtown Manhattan hotel. That man has been named as 28-year-old Bridgeton native Roderick Goodwin.

1. My Fox New York reports that police were called to the Hilton Garden Inn on 35th street in Midtown Manhattan at 4 a.m. on May 18. Guests heard some commotion coming from the room and called authorities. Goodwin was rushed to a local hospital where he was pronounced dead.

2. His death has been ruled a homicide, reports the New York Daily News. A group of men were seen running from the hotel around the same time that the police showed up.

3. DNA Info reports that Goodwin had checked into the hotel the night before he was killed. He was accompanied by two prostitutes and two other name. He registered under a fake name and used a check to get the room.

4. On April 12, the Daily Journal reported that Goodwin was arrested in Atlantic City on three contempt warrants. On March 8, a woman named Yvette Ramos posted on Twitter that “This bitch Roderick Goodwin just stole 1200 out of my purse any one see his dirty fa**ot ass call me.”

5. There are 298-rooms in the hotel close to Manhattan’s Herald Square and Penn Station. It’s popular with tourists. No arrests have been made in the case, according to an NYPD spokesman. 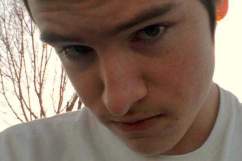