One person has been killed after gunfire erupted at an auto body shop in Pennsylvania on the morning of May 11. The attack happened in the Tri County Plaza shopping mall in the Rostraver Township, south of Pittsburgh, at around 8 a.m.

1. The Mall Is Swarmed by ‘Cops & Helicopters’

WPXI reports that the situation is no longer being regarded as an active shooter situation. An hour after the shooting, local authorities said that there was a manhunt on for the gunman. Businesses within the mall were on lockdown while the search for the shooter goes on. Tina Ferry, who works at an insurance company in the mall told the Valley Independent “We have our doors locked. It’s cops and helicopters, and there are still people coming in and out of the shopping center.”

2. The Suspect Has Only Been Described as Wearing a ‘Blue Hoodie’

Sources tell @WPXICara a man walked into a business at Tri-County Plaza and killed someone. Police search for suspect pic.twitter.com/jvJD1LR3uX

WPXI reports that the suspect is man wearing a blue hoodie. Ashley Hardway of WTAE tweeted that there are two confirmed injuries so far. Deb G of WPXI added that one person has died. The Westmoreland County Coroner has been called to the scene.

3. The Gunfire Erupted at a Store Owned by a Disgraced Local Politician

The gunfire erupted at an auto body shop, Minitti Motor Sports, in the Tri County Plaza. The store is located at 123 Tri County Lane, Belle Vernon, Pennsylvania. It provides “Auto parts and paint an accessrories for your vehicle,” according to their Facebook page. The non-fatal is victim is store’s owner, Joe Minniti. He suffered a panic attack, reports CBS Pittsburgh. In 2014, when he served as local counsellor for the town of Belle Vernon, he was forced to resign in a corruption scandal relating to his business, reported the Valley Independent.

4. Rostraver Is 25 Miles South of Pittsburgh

The Rostraver Township is 25 miles south of Pittsburgh.

5. There Is No Lockdown of Local Schools as a Result of the Shooting

The township is home to the Belle Vernon Barracks of the Pennsylvania State Police. As a result of the shooting, the Belle Vernon Area Superintendent told Ashlie Hardway of WTAE that schools in the area are in secure mode but there’s no lockdown yet. 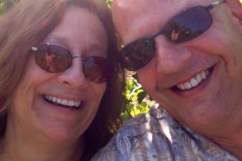 Read More
5 Fast Facts, Breaking News, Crime
Injuries have been reported as a gunman is rampaging through the Rostraver Township in Pennsylvania.