U.S. Special Operations forces have captured the wife of a senior ISIS commander who was been killed in a raid in eastern Syria.

Abu Sayyaf and about 12 ISIS militants attempted to fight off the American forces during the raid on a residence near the al-Omar oil field in Deir Ezzor and were killed. His wife, Umm Sayyaf, was captured, U.S. officials say.

No U.S. forces were injured or killed.

Umm Sayyaf, an Iraqi, is being held in U.S. custody in Iraq, according to the National Security Council statement.

“We suspect that Umm Sayyaf is a member of ISIL, played an important role in ISIL’s terrorist activities,” Meehan said.

According to CNN, Umm Sayyaf was also an important part of ISIS’s human trafficking operations.

“We are working to determine an ultimate disposition for the detainee that best supports the national security of the United States and of our allies and partners, consistent with domestic and international law,” Meehan said. “We will follow our usual practice with respect to giving the ICRC notification and access to the detainee.”

Pentagon spokesman Colonel Steven Warren told The Guardian that she would not be moved to the Guantanamo detention center, which the Obama administration has vowed to close.

“No one’s going to Gitmo,” Warren told the Guardian. “She is being held in a safe location inside Iraq. We are currently debriefing her to obtain intelligence about [Isis] operations.”

2. Her Husband Was Key to ISIS’s Illicit Oil & Financial Operations

A screengrab from an AFP video shows smoke billowing from Iraq’s largest refinery located near the city of Baiji, north of Baghdad after ISIS launched an offensive there in May 2015. (Getty)

Abu Sayyaf was a Tunisian national known as the organization’s “emir of oil and gas,” a U.S. official told The Associated Press.

National Security Council spokesperson Bernadette Meehan said in a statement, that the black market oil and gas operations are “a key source of revenue that enables the terrorist organization to carry out their brutal tactics and oppress thousands of innocent civilians.”

Bloomberg reported in October that ISIS had been making $2 million a day through its oil business, refining and then smuggling oil. But the U.S. had already put a major dent in that business through the use of air strikes, according to Bloomberg.

CNN’s National Security Analyst, Peter Bergen, said the U.S. may have elected for a raid instead of a bombing because of the potential to seize intelligence material and documents.

“Taking out the guy who runs effectively the most important financing stream is obviously significant, but what’s really significant is the computer records and all the materials that he would have with him as the head of this financing arm, if indeed that is the case that he is really that important,” Bergen said. 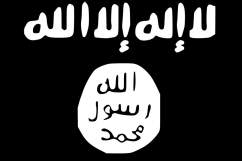 3. A Woman Who Was Being Held as a Slave By the Couple Was Rescued

The National Security Council said a Yazidi woman who appeared to have been held by the couple as a slave was rescued and will be reunited with her family.

Umm Sayyaf, “may have been complicit in the enslavement of the young woman rescued last night,” Meehan said.

The Yazidis are a minority group from northern Iraq that have been targeted by ISIS along with Christians and other non-Muslims.

4. The U.S. Forces Had Been Planning the Raid For Some Time

According to CBS News, U.S. forces had been planning the raid for some time and the team had entered Iraq to prepare.

The Syrian Observatory for Human Rights reported that a bombing killed 19 ISIS fighters in the same area as the raid.

According to CNN, the U.S. airdropped troops from helicopters after the oil fields were bombed.

“I thank the extraordinary men and women in uniform who executed this complex and challenging mission, along with all those who supported it. Their professionalism, dedication, and valor are a deep source of pride and inspiration to us all,” Secretary of Defense Ash Carter said in a statement.

Meehan said in the NSC statement, “As Commander-in-Chief, the President is grateful to the brave U.S. personnel who carried out this complex mission as well as the Iraqi authorities for their support of the operation and for the use of their facilities, which contributed to its success. The United States will continue to stand shoulder-to-shoulder with our Iraqi partners in our effort to degrade and ultimately destroy ISIL.”

5. The Raid Was Carried Out Under the Direction of President Obama

US President Barack Obama makes a statement at the White House in Washington in April 2015. (Getty)

“The President authorized this operation upon the unanimous recommendation of his national security team and as soon as we had developed sufficient intelligence and were confident the mission could be carried out successfully and consistent with the requirements for undertaking such operations,” Meehan, of the National Security Council, said. “This operation was conducted with the full consent of Iraqi authorities and, like our existing airstrikes against ISIL in Syria, consistent with domestic and international law.”

The U.S. has only carried out one other ground operation in Syria, a failed attempt to rescue American prisoners, according to The Associated Press.

Read More
5 Fast Facts, Breaking News, Terrorism
Umm Sayyaf, the wife of ISIS commander Abu Sayyaf, was captured by U.S. forces during a raid in Syria. She is said to have also been involved in ISIS terrorism.