At least two people were killed after a tornado struck Van, Texas on Sunday, damaging about 30 percent of the small town in the Eastern part of the state, CNN reports.

The area was under a tornado warning, but the storm hit fast and gave residents only minutes to get to safety, said Chuck Allen, the Van Zandt County Fire Marshal and the regions emergency management coordinator.

“This storm spun up real fast and the warning time was extremely limited,” Allen told the Dallas Morning News. “Damages range from completely destroyed homes, damaged homes, to trees and power lines down.”

The tornado was part of a severe storm system that devastated a large swath of the country, leaving at least 5 dead and dozens injured over the weekend.

Van, Texas is a town of about 2,400 people and is 45 minutes east of Dallas. It covers about 3 square miles of land.

1. A Married Couple Was Killed in the Tornado

The victims, a married couple, were found in a home in Van, according to ABC News. Their names have not yet been released.

2. Rescuers Are Still Searching For Survivors & At Least 8 People Remained Unaccounted For

Emergency officials said 43 people were injured after the tornado struck the town, according to the Dallas Morning News.

Rescuers were still searching damaged homes and businesses on Monday, with at least eight people unaccounted for. About 50 to 100 homes were damaged.

“Every bit of that can be replaced,” Van Independent School District Superintendent Don Dunn told CNN. “We feel very blessed that this did not happen during a school day.”

Nathan Mims searches the rubble of his Van house. Nothing survived but his 2 dogs, and for that he's thankful @NBCDFW pic.twitter.com/0Ihxq88iFw

The National Weather Service sent investigators to Van and have said at least one tornado touched down.

A F-5 tornado hit Van in 1943, according to the Dallas Morning News.

Just some of the tornado damage in #Van #Texas @CNN pic.twitter.com/nCJ6emLzq6

4. At Least 2 People Were Killed in a Tornado in Neighboring Arkansas

A young married couple died in a tornado in Nashville, Arkansas, the Associated Press reports. Their young daughter, who is 1 or 2, survived the storm, the Howard County coroner said. They have not been identified.

The twister hit their mobile home.

5. More Than 70 Tornadoes Hit Across the Country Over the Weekend & the Threat of Severe Weather Remains

Officials reported more than 70 tornadoes nationwide over the weekend in the Midwest and Plains states, according to CNN.

The National Weather Service advises that the threat of severe weather remains for a large part of the country, from Texas to the southern Great Lakes region. Thunderstorms are forecasted for that area, with the low threat of tornadoes in lower Michigan on Monday, the Associated Press reports.

“This is certainly not an atypical system for spring where you’ve got the remnants of winter but the onset of summer,” said meteorologist Greg Carbin of the Storm Prediction Center in Norman, Oklahoma. 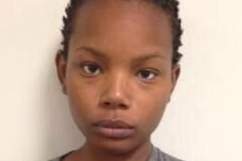