A student advisor at Kennesaw State University in Georgia has been placed on academic leave pending an investigation into a waiting room confrontation with a black student.

Abby Dawson, Director of Advising and Internships in the Exercise Science and Sport Management department of the public university, threatened to call security on a student waiting to see his academic advisor.

In the exchange, caught on video by the student, Kevin Bruce, Dawson appears to accuse him of “harassment” simply by sitting and waiting.

“I’m not harassing no one,” Bruce is heard saying in the video.

“You are,” Dawson responds.

A moment later Bruce states, “I’m just waiting to talk to someone, I’m not harassing no one though.”

“Sitting here until someone’s available, is harassing them,” Dawson replies.

Bruce slowly responds, to which she says, “It is. Would you like me to call campus security?”

The footage triggered the hashtag #ItsBiggerThanKSU, and other students started tweeting about their own experiences with Dawson and the ESSM department.

On Friday afternoon, KSU announced it had placed Dawson on “administrative leave pending a comprehensive investigation.”

“Kennesaw State is dedicated to providing a positive academic experience for all students,” said Ken Harmon, Kennesaw State’s provost and vice president for academic affairs. “We also have a responsibility to provide all students, faculty and staff with a fair and thorough review process.”

According to University officials, the investigation is expected to take approximately two weeks to complete.

In an interview with Atlanta’s Fox affiliate WAGA, Bruce said he wanted to ask his exercise science department adviser a question and was told to come back in an hour when she would be available.

Bruce said he decided to wait and decided to record the interaction with Dawson based on a previous experience with her.

“Abby Dawson has an attitude, that’s why I knew exactly when to record her,” he said..

This CAN'T be swept under the rug. We won't let it. we stand behind you brother!! @IamKB_ #ItsBiggerThanKSU 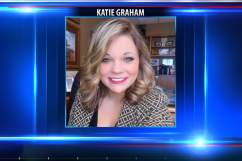 Read More
Breaking News, College, Viral
wpDiscuz
3
0
Would love your thoughts, please comment.x
()
x
| Reply
A student advisor at Kennesaw State University in Georgia has been placed on academic leave pending an investigation into a waiting room confrontation with a black student.