A soccer match in Argentina was abandoned on Thursday evening after some of the players were attacked by pepper-spray wielding fans as they ran through the tunnel to start the second half.

Several River Plate players were blinded as they attempted to enter the stadium after a hard fought first half.

Boca fans seemed to have found a gap in the security tunnel leading onto the pitch, and flooded it with pepper spray. River Plate players could be seen gasping and sobbing and trying to clear their eyes. Some of their jerseys were stained by the spray.

It took an hour and 14 minutes for officials to declare that the match wouldn’t continue. River lead the tie 1-0, and there’s no word yet on whether the match will be replayed, restarted from the second half, or forfeited by Boca.

The Superclásico is famously one of the soccer world’s most bitter and dangerous rivalries, but this is taking it to a whole new level. The video below shows the Boca fans firing pepper spray through a hole in the tunnel wall.

Earlier Thursday, Argentina called off all domestic soccer games following the death of Emanuel Ortega, a 21-year-old fourth division soccer player who died after he was pushed into a concrete pillar by an opponent during a game last week.

Ortega, a forward for San Martin de Burzaco, was chasing a ball during a game against Juventud Unida on May 3 when he hit the pole holding up a fence just outside the boundary line. The push by an opponent, which caused him to lose his balance, was not believed to be intentional. Ortega died from his injuries Thursday.

Last year, 15 deaths were attributed to soccer-related violence in the country,according to the BBC, including the December murder of Franco Nieto, a third division Argentine soccer player who was killed in front of his wife and child following a match, which was called 15 minutes early because of a brawl on the field.

The Copa Libertadores is a continental competition run by CONMEBOL, South America’s governing body, and so wasn’t covered by the ruling. 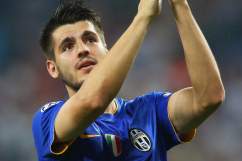 Loading more stories
wpDiscuz
1
0
Would love your thoughts, please comment.x
()
x
| Reply
A soccer match in Argentina was abandoned on Thursday evening after some of the players were attacked by pepper-spray wielding fans as they ran through the tunnel to start the second half.