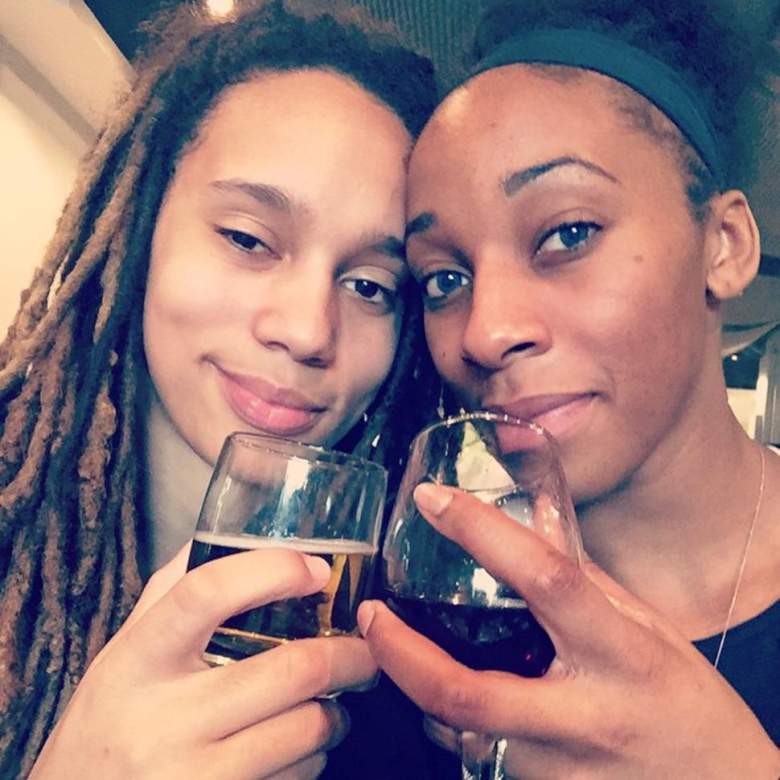 WNBA star Brittney Griner has filed papers to have her marriage to Glory Johnson annulled just a day after the couple announced they were expected a baby and 28 days after tying the knot.

The shock move has stunned fans of the hoops star.

1. She Says Wedding Was ‘a Mistake’

Griner says in court papers obtained by TMZ that her romantic May 8 Arizona marriage to fellow WNBA star Glory Johnson was based on “fraud and duress.” She says she was “pressured into marriage under duress by (Johnson’s) threatening statements.”

Griner also says there was fraud but doesn’t explain why that was supposedly the case.

“Last Wednesday, Glory and I agreed to either legally separate, get divorced, or annul our marriage,” she said in the statement. “I can confirm that today I filed for an annulment. In the week prior to the wedding, I attempted to postpone the wedding several times until I completed counseling, but I still went through with it. I now realize that was a mistake.’

2. Both Were Arrested For Domestic Violence Last Month


Griner and Johnson were arrested for domestic violence on April 22nd. Both women say it was mutual combat after a heated argument got physical.

Johnson’s sister Judy called police as the two women could be heard screaming and throwing things at one another. 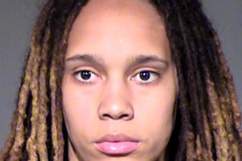 3. Johnson Says She Was ‘Blindsided’ by Annulment Filing

Johnson says she was “blindsided” by Griner’s shock decision to file for an annulment.

Her marketing agent, D.J. Fisher, told TMZ: “Glory was unaware of the filing and still loves and cares for Brittney.”

“Glory loves Brittney and made a huge sacrifice to carry a child, put her career on hold, to invest in their relationship and their future. As a result she won’t be playing this season.

“Glory wouldn’t intentionally do anything to hurt Brittney and has tried her best to protect her and their marriage. Obviously this marriage was about them starting their life together. Glory is the sweetest thing in the world and she was dedicated to their partnership.”

“She knows how important marriage is and made a lifetime commitment and decision to spend the rest of her life with Brittney.”

4. She Claims She Has no Biological Connection to Johnson’s Baby

The couple announced the news of Johnson’s pregnancy on her Instagram account on Thursday with a picture of a ‘bun in the oven’ cake, and TMZ reported they had used a sperm donor to conceive.

The assumption was that both were happy about the news…until Griner’s court actions and subsequent statement was made public on Friday.

5. Both Are Serving 7-Game Suspension For Arrest 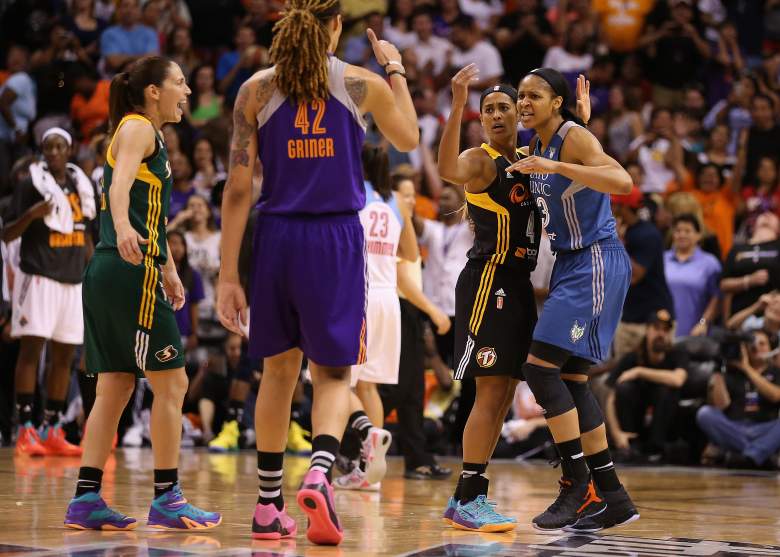 The pair were given seven-game suspensions without pay for their domestic violence arrests last month that left both women with visible scratches.

Griner plays for the Phoenix Merciru and Johnson for the Tulsa Shock. With only a 34-game season, the couple will miss about 20 per cent of the games. Each woman will also have to attend individual counseling sessions.

It’s unclear how the WNBA will view Johnson’s news that she will be out of action through the next season because of her pregnancy.

Loading more stories
wpDiscuz
0
0
Would love your thoughts, please comment.x
()
x
| Reply
WNBA star Brittney Griner has filed papers to have her marriage to Glory Johnson annulled just a day after the couple announced they were expected a baby and 28 days after tying the knot.