A man angry at police for taking away his son opened fire on the Dallas, Texas, police headquarters early Saturday morning, firing several rounds into the building and at officers from an armored van. Bullets pierced the glass in front of the building, struck walls inside and shattered the windshield of squad cars, but miraculously no one was injured. Explosives were found outside the building, and officers narrowly avoided blowing them up.

The shootout was recorded in several videos posted on Twitter show.

Police said officers responded to a call for an active shooter at the police headquarters at 12:27 a.m.

The armored van involved in the shooting fled, leading police on a high-speed chase through the city and onto the highway.

A possible suspect has been identified as James Boulware, police said.

The suspect was shot and killed during the standoff by a police sniper.

1. Several Shots Were Fired From ‘Automatic’ Weapons, But No One Was Injured

Shoot out at the Dallas police station. SMH, this really is the wild wild west. pic.twitter.com/yZoOeu2RWb

Police Major Max Geron said on Twitter “he is not aware of any injuries right now”. A window of the police headquarters building was shot out, police said.

Police said at a press conference that witnesses told them several shots were fired at the police headquarters and officers. Police said they heard automatic gunfire.

The witnesses said there may have been as many as four shooters, some firing from elevated positions, though police said that is not confirmed. The witnesses also told police they saw at least one person getting into the van before it drove off, and another who tried to get into the van, but was not able to. But police later said they believe they only have one suspect, identified as James Boulware.

The videos show the armored vehicle driving at and crashing into a police car, sending officers who were surrounding the squad car scattering. Gunshots were exchanged between the officers and someone inside the vehicle.

Another video, prior to the squad car being rammed, shows an officer approaching the vehicle on foot, while a police car approaches. The officer suddenly realizes the armored vehicle is a threat and runs out of the way just before several shots are fired between the police and the man in the van.

A video uploaded to Facebook shows the incident from the ground, including a bullet whizzing by the person recording it:

The suspect called 911 and left a long rant prior to the shooting, police said.

Watch the police press conference below:

Police chased the vehicle onto Interstate 45, according to WFAA. The vehicle eventually stopped. 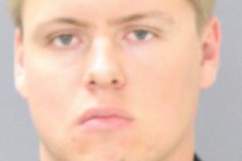 2. The Van Was Surrounded on Interstate 45 near Hutchins & Has Been Detonated

SWAT personnel and other police officers have surrounded the vehicle on Interstate 45 near Hutchins, Texas in the parking lot of a Jack In the Box restaurant, WFAA reports. The road is shut down in the area.

A second shootout occurred in that parking lot. The suspect was talking to officers, but since broke off negotiations.

Suspect who shot at DPD headquarters is in a van near Hutchins. SWAT on the way. Here is the scene. pic.twitter.com/5mLdWpa2PC

Police said they disabled the van with a 50-caliber gun. The suspect is believed to have been shot by a police sniper. 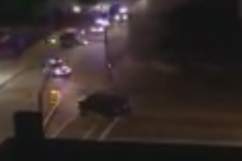 3. The Suspect Said He Was Going to Blow Police Up

Police said at a press conference that the suspect, who identified himself as James Boulware, told negotiators he was going to blow police up because they “took his child and accused him of being a terrorist.”

Boulware appears to have been arrested in 2013 after a physical fight with his mother and uncle, and making threats to “shoot up” schools and churches. He also recently lost custody of his son to his mother, court records show.

Read more about him at the link below: 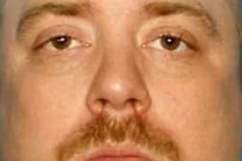 4. Pipe Bombs Were Found Outside the Police Headquarters & The Vehicle May Be Loaded With Explosives

According to police radio transmissions (listen here), the suspect says the vehicle is loaded with explosives and he has cameras to watch police.

Source on scene says they are worried van has C4. #dpdheadquartersshooting

Police said the bags were being blown up at the scene, causing several loud bangs to be heard near the police headquarters. One of the bags that was blown up was found underneath a police vehicle in a parking lot.

This is where the Explosive Ordinance Robot attempted to move one of the bags. #DallasPDShooting pic.twitter.com/mgbgytBhWv

Pipe bombs were also found inside the van, police said.

5. A Similar Van Was Advertised on Facebook for ‘Zombie Apocalypse Survival’

You can clearly see the two gun ports in back, armor over tires to keep from being shot out, #Dallas #dallaspursuit pic.twitter.com/DrRW14r8Jw

According to police radio transmissions, the vehicle is registered in Georgia.

A Georgia company recently advertised a similar vehicle for sale on Facebook. The vehicle was sold June 10, the company, Jenco Sales Inc. It was sold on EBay for $8,250.

Zombie Apocalypse Assault Vehicle and Troop Transport. This full armored zombie busting vehicle features convenient gun ports so no zombie juice touches you during a mass zombie take down. It also has benches in the back so you can take turns resting during long Zombie sieges. The tactical step boards are installed for when you only need swords and axes for drive by mow downs. The bumpers are made of reinforced steel tubing, so no dents from smashing zombie heads! It’s full armor plated and has bullet proof windows just in case you run into other zombie hunting hordes who might try to take this bad boy from you. Like anything, there is a price attached to this fine piece of zombie fighting machinery. Check it out on Ebay, this might be your lucky day!

It was previously purchased from Pickens Company in South Carolina, but it’s not clear if that was before or after the additions were made.