Eric Casebolt, the McKinney, Texas, cop who was seen in a now-viral video cursing at juveniles, violently detaining a 15-year-old girl and pointing his gun at two unarmed teens at a community pool party, has resigned from the department.

According to Fox 4 News, Casebolt resigned Tuesday through his attorney, four days after the June 5 incident.

McKinney Police Chief Greg Conley said at a press conference that, the department’s policies, training and practices do not support Casebolt’s actions, which he called “indefensible.”

The resignation means the end of the internal investigation into Casebolt, Conley said. It also means he will keep his pension and retirement benefits, Conley said. He resigned voluntarily.

Here’s what you need to know about Casebolt and the pool party incident:

1. The McKinney Police Chief Says Casebolt ‘Came to the Call Out of Control’

Chief Conley said at a press conference that Casebolt, “came into the call out of control, and as the video shows, was out of control during the incident.”

He said 11 of the 12 officers at the scene did exactly what they were supposed to do, “and I think that’s clear on the video.”

Casebolt was put on administrative leave on Sunday after the video began to go viral online. It had been posted on Saturday by Brandon Brooks, a 15-year-old who was at the party.

Casebolt was seen in the video grabbing 15-year-old Dajerria Becton by the arm, violently throwing her to the ground and then kneeling on her back. When two other black teens approached him and Dajerria, he drew his gun and pointed it at them. Two officers held Casebolt back and then chased after the teens. Dajerria was not charged. One 18-year-old was charged in the pool party incident, and the juveniles were all released to their parents.

McKinney Police Chief Greg Conley said at a press conference Sunday, “Several concerns about the conduct of one of the officers at the scene have been raised. The McKinney Police Department is committed to treating all persons fairly under the law. We are committed to preserving the peace and safety of our community for all our citizens.”

The union released a statement about the incident, saying it was not racially motivated:

"The McKinney FOP assures that this was not a racially motivated incident…" – statement re: #McKinneyPolice @NBCDFW pic.twitter.com/oyFscXh4Ej

Read more about the video and Casebolt’s actions at the link below:

2. Parents & Activists Have Called for Criminal Charges Against Casebolt

Civil rights activists and some of the parents of the teens seen in the video have called for a federal civil rights investigation into the incident, according to the Dallas Morning News.

“Our hearts go out to all the teens who experienced the terror and pain of unjust treatment at the hands of police, a trauma all too familiar to Black people across the country,” ColorOfChange Executive Director Rashad Robinson said in a statement. “We strongly urge local officials and Collin County District Attorney to fire Officer Casebolt and charge him with assault and battery. No person who treats another human being, let alone children, in such an abusive, life-threatening manner can be a police officer. All of the officers present at the Craig Ranch pool, who stood by and allowed this police violence to take place must be held accountable and an independent investigation by the Department of Justice should be launched into the McKinney PD. True change begins with accountability.”

Casebolt has been the subject of a lawsuit involving race in the past. Read about it at the link below:

3. Casebolt Was the Department’s Officer of the Year in 2008

Before his resignation, Casebolt was a corporal, which he said on his now-deleted LinkedIn page meant he was responsible for officer supervision, neighborhood patrol and community policing, among other duties.

He joined the department in 2005, and previously worked for the Texas Highway Patrol from March 2003 to August 2005.

McKinney recognized him as Patrolman of the Year in 2008.

4. Casebolt Had Received Support From Members of the Community

Residents of the Craig Ranch North community and others from the McKinney area held a counter-protest Monday night to express their support for Casebolt. They said he was just doing his job, and the teens were not supposed to be at the pool.

One witness, a resident who gave his name only as Sean, told Fox News Casebolt acted “the way he needed to to help end the chaos that was happening. 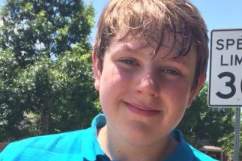 5. The Case Against the Lone Teen Arrested at the Pool Party Has Been Dropped

The 18-year-old who was the only person arrested at the McKinney pool party has had his charges dismissed after the investigation. Adrian Martin had been charged with evading arrest and interfering with an officer.

Earlier Tuesday, he spoke out about his arrest, in light of Casebolt’s suspension and subsequent resignation.

Martin, who was one of two teens who approached Casebolt as he arrested 15-year-old Dajerria Becton, had a gun pointed at him by the officer and then took off running. Two other cops chased him down and arrested him. Martin told the Dallas Morning News he ran because, “what anyone else would fear: Am I going to get shot?”

Martin said he wasn’t trying to attack Casebolt, but was trying to make calm Dajerria, who was crying for her mother as Casebolt knelt on her back.

“This case should be dismissed and if it’s not dismissed, I look forward to the opportunity to get that officer on the stand,” Martin’s attorney, Heath Harris told the newspaper. “I look forward to getting all over him.” 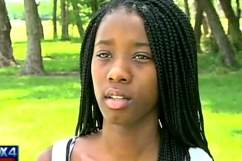 Loading more stories
wpDiscuz
28
0
Would love your thoughts, please comment.x
()
x
| Reply
Eric Casebolt has resigned from the McKinney, Texas, police department after a video showed him violently arresting a girl and pointing his gun at other teens.