A woman who flew from India to to Chicago in April while infected with drug-resistant tuberculosis — “XDR-TB” — is now being treated at the National Institutes of Health. The unnamed woman visited at least three states before seeking treatment for the potentially deadly disease. States visited include Illinois, Missouri, Tennessee.

Here’s what you need to know about XDR tuberculosis:

1. It Stands For ‘Extensively Drug-Resistant Tuberculosis’

XDR-TB is a drug-resistant form of tuberculosis, which is a pulmonary infectious disease, meaning it mainly attacks the lungs. However, it can attack other parts of the body as well.

2. Tuberculosis Was Once Known as ‘Consumption’

In the past, tuberculosis was known as “consumption.” Symptoms of tuberculosis include coughing up blood, fever, night sweats, and weight loss.

3. XDR-TB Is Resistant to 4 TB-Fighting Drugs

3. According to the World Health Organization, XDR-TB is a rare form of tuberculosis that is resistant to at least four of the TB-fighting drugs. Two of the most common drugs that fight TB include isoniazid and rifampicin, which XDR-TB is resistant to.

Contact tracing is underway, and the CDC is seeking people who may have had prolonged close contact with the woman, including those who sat in the same row or near the woman on the flight.

The most common way to catch TB or XDR-TB is being hit by the blood that the person coughs and sneezes up while they are infected.

Tuberculosis has been around since ancient times. It occurs more often in less-developed nations with inadequate health care. It may have also contributed to the folklore surrounding vampires drinking blood. 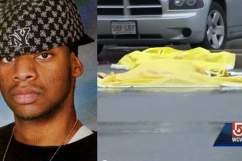 Read More
5 Fast Facts, Disease, India, United States
A woman who flew from India to the United States with drug-resistant tuberculosis — "XDR-TB" — is now being treated at the National Institutes of Health.