At least 37 people including multiple tourists are dead after a terrorist attack this morning in the beach resort town of Sousse in Tunisia. According to the nation’s government, a group of gunmen stormed the beaches and main buildings of two hotels in the region. Most of the victims and those staying in the hotels are believed to be foreigners. The shooting comes on the same day as ISIS-linked terror attacks in France and Kuwait, prompting further fears about the spread of Islamic extremism in the world.

At least 37 people have been killed, according to the Tunisian Interior Ministry. Sky News says “Photographs have been seen by Sky News showing a man in his 60s or 70s lying in a pool of blood in his swimming shorts.” Several more people have been wounded.

A witness told the Associated Press that he and his son ran from the beach as the shots began to ring out and barricaded themselves in their hotel room. The victim’s nationalities have not been made public but the AP, citing local news, says it is mainly German and British people who have been killed.

2. Both of the Hotels That Were Attacked Have Near-Perfect Ratings on Trip Advisor

Tunisian security forces inspect a beach after a failed suicide bomb attack near the four-star Riadh Palms hotel, in Sousse, 90 miles south of Tunis, on October 30, 2013. Tunisian security forces arrested five Salafist “terrorists” with links to two failed attacks in coastal resort towns, the first suicide bids in the country for more than a decade. Today’s failed suicide bombings are the first in Tunisia since 2002, when an attack claimed by Al-Qaeda killed 21 people at the ancient Ghriba synagogue on the resort island of Djerba. (Getty)

One witness told Sky he heard a loud explosion before volleys of gunfire. One of the hotels has been named as the Imperial Marhaba hotel. That resort has a near perfect rating on travel website Trip Adviser.

The scene outside one of the hotels just after the attack. (Screengrab via Reuters)

The other hotel involved in the crisis, the Royal Kenz has similar reviews. The area of Sousse draws tourists from all over the world but primarily Europe and other North African nations.

3. One Gunman Is Dead

Picture (unverified) purportedly depicting one of the gunman who carried out the attack in #Sousse #Tunisia pic.twitter.com/X0p4294xmH

Reuters reports that one of the gunmen has been killed. The agency added that the gunman was armed with a Kalashnikov assault rifle. The Tunisian state news agency says that a “fire exchange” is still ongoing between security forces and gunmen.

4. This Comes on the Same Day as 2 ISIS-Linked Attacks in France & Kuwait

The scene after a reported beheading in France. (NDTV / Twitter)

This comes on the same days as a possible Islamist beheading in France and deadly explosions in Kuwait following Friday prayers. In the Kuwaiti bombing, 13 people were killed at a mosque by a suicide bomber. An ISIS linked social media account named the bomber as Abu Suleiman al-Muwahed and referred to him as a martyr.

5. In March 2015, Tourists Were Killed at Tunisia’s Famed Bardo Museum

Tunisia’s Bardo Museum was attacked by terrorists in March 2015. (Wikipedia)

In November 2013, academic Mark Bracher wrote that “Salafi-inspired Islamic Extremism” is on the rise in the county. He argued that Tunisia, once the most socially liberal and progressive Muslim County in the Middle East had become “invaded by religion.”

It’s noted in his writing that since the 2011 Arab Spring, book sales have plummeted in the country with the exception of Islamic literature. Specifically, in March 2015, a group of gunmen killed foreign tourists at the Bardo museum in the nation’s capital, Tunis. 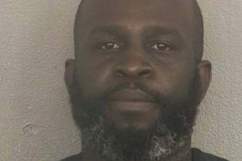 Read More
5 Fast Facts, Breaking News, Terrorism
wpDiscuz
0
0
Would love your thoughts, please comment.x
()
x
| Reply
Authorities in Tunisia say that 28 people have been killed after a terror attack in one of the nation's most popular tourist resorts.