Court documents from a 2005 sexual abuse lawsuit released on Monday reveal that entertainer Bill Cosby admitted under oath that he obtained Quaaludes to give to women he wanted to have sex with.

The court documents were unsealed after a federal judge granted a request made by The Associated Press, which first reported on the documents. Cosby’s attorneys had fought their release.

Read more of the newly released court documents below: 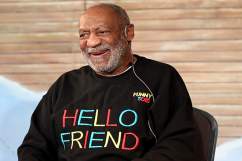 Cosby Got Drugs to ‘Use’ on Women for Sex: 5 Fast Facts You Need to Know

Read More
5 Fast Facts, Bill Cosby, Breaking News, Pennsylvania
wpDiscuz
6
0
Would love your thoughts, please comment.x
()
x
| Reply
Bill Cosby admitted under oath that he obtained prescription drugs to give to women he wanted to have sex with. Read the court documents here.