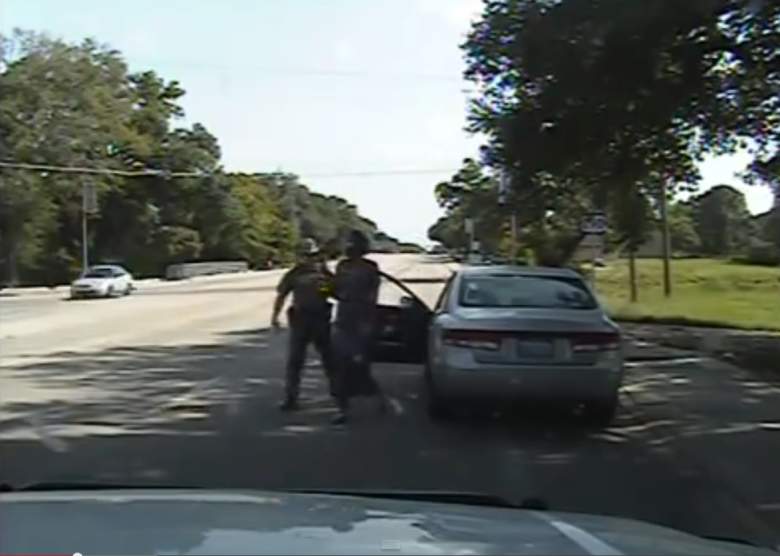 Screengrab from cellphone video of Trooper Brian Encinia arresting Sandra Bland during a traffic stop. Bland will later die while in custody at the Waller County Jail.

The death of Chicago activist Sandra Bland while in custody at the Waller County Jail has stirred up racial tensions nationwide and has led to a flurry of questions about the nature of the arrest, why was she arrested in the first place and how did she die while in custody.

On July 31, ABC7 Chicago released the personnel record of Texas Highway Patrol Trooper Brian Encinia, who was the officer behind the traffic stop that led to Bland’s arrest and death. The document — obtained by a Freedom of Information Act request — cast light on the mysterious figure at the middle of this scandal and help to explain the actions Encinia chose to take during this faithful encounter.

1. Encinia’s Personnel Record Showed that He Had a Previous Incident of ‘Unprofessional Conduct’

Front page of the Texas Department of Public Safety’s personnel record for Trooper Brian Encinia. This document was obtained by ABC7 Chicago via a Freedom of Information Act request.

For the most part, Encinia’s performance record presents Encinia as a competent officer. Under “stress tolerance,” for example, the report indicated that Encinia “performed effectively and rationally while involved in a pursuit resulting in a firearms discharge.” In an evaluation report from Fall of 2014, Encinia is described as having good judgement while on patrol and good problem solving skills.

Despite this, Encinia’s file did mention one disciplinary citation. During his trooper evaluation period, Encinia was cited for “unprofessional conduct” for an incident at an Austin, Texas school. While the nature of the conduct is unknown, he received written counseling and periodic supervision as a result of it. 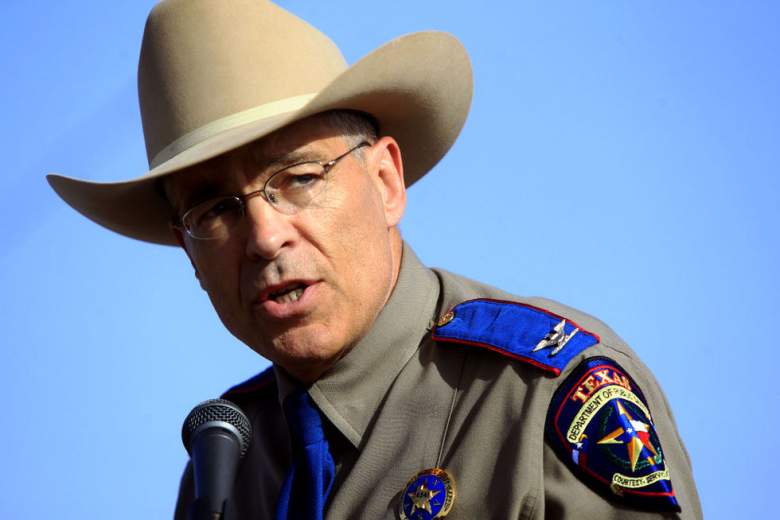 On July 30, Texas Department of Public Safety Director Steve McCraw spoke before a Texas House of Representatives County Affairs Committee hearing regarding Bland’s arrest and death. Despite not speaking to Encinia directly, McCraw felt he could understand why the trooper pulled over Bland for a seemingly minor offense.

“There was a reason, if you look at it from a traffic violation standpoint,” McCraw said. “But again, I don’t want to prejudge. I don’t know what the trooper is going to say in terms of when he’s interviewed. When the investigation is over with, I’ll be able to assess.”

Encinia pulled Bland over for failure to signal a lane change. Many have speculated that Bland was attempting to yield the lane to Encinia, who was trailing her prior to the lane change. This have also led many to believe that Encinia may have been profiling Bland and used the lane change as a convenient excuse to conduct a traffic stop. The confrontation between Bland and Encinia quickly soured when Bland refused to extinguish her cigarette — which she argued she had a right to smoke within her own vehicle.

Encinia’s actions — including threatening Bland with a stun gun for refusing to leave her car by screaming “I will light you up!” — have placed the trooper on administrative duties, pending an internal investigation of his actions. Bland was found hanging in her holding cell in the Waller County Jail 3 days after her encounter with Encinia.

3. Encinia’s Behavior With Bland Has Been Called a ‘Catalyst’ to Her Death by Encinia’s Bosses 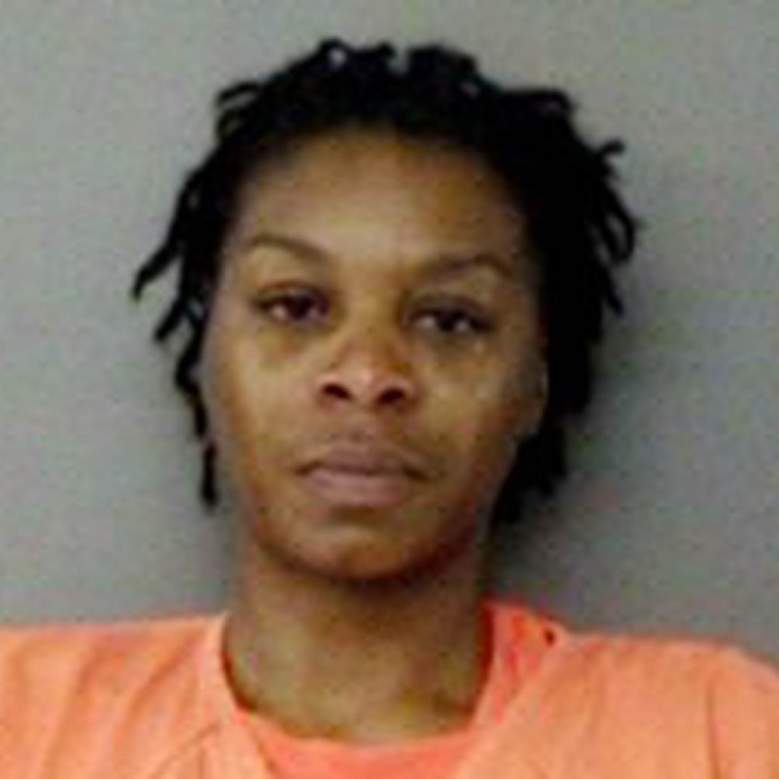 During the July 30 hearing, Garnet Coleman, chairman of the County Affairs Committee, argued that Encinia’s behavior during the Bland arrest is reflective of a pattern of racial discrimination by the Texas Department of Public Safety.

Reflecting on his personal experience with the state’s Highway Patrol during a traffic stop, Coleman describe the law enforcement community as being crude and hostile to African-Americans. “I get afraid when there’s a law enforcement officer around,” Coleman said. “I don’t see them as people who are trying to protect me.”

“We have moved backwards in attitude,” Coleman added, stating that the Texas Department of Public Safety’s attitude — as personified by Encinia — was the catalyst behind this crisis.

McCraw denied this, saying that his agency has made strives toward becoming an “agency of color.” McGraw stated that the incident was triggered by Encinia violating departmental rules, acting rudely and failing to take proper steps to de-escalate the situation. He also added that the Texas Rangers — a division of the Texas Department of Public Safety — have been cooperating with the FBI to fully investigate the Bland case.

For many, the loss of Bland — a college-educated woman with no criminal record that was on her way to start a new job — to something as petty as a traffic stop for failing to signal has struck home the problem the black community has with law enforcement. In Bland’s case — as it was with Samuel Dubose and the growing number of African-Americans that are increasingly being killed by police actions — there is an underlying expectation that African-Americans are expected to yield to the police or to any type of authority, instead of defending their civil liberties and protected rights.

This was referenced to in the comments of many involved in this case, such as First Assistant District Attorney Warren Diepraam, who used a toxicology report of Bland’s blood to try to explain why she resisted Encinia. The toxicology report found that she had 18 nanograms of THC per milliliter in her blood. For a regular user, 18 nanograms do not indicate intoxication — particularly considering possible accumulation of THC in their fatty tissue.

Columbia University neuropsychopharmacologist Carl Hart, based on his study of regular cannabis users, believes — to the contrary — that Bland died sober. “Bland’s levels were well below the THC levels that I have found necessary, in my experimental research on dozens of subjects, to induce intoxication: between 40 and 400 nanograms per milliliter,” Hart said. Bland’s level was similar to the baseline or control of his study, suggesting no recent marijuana use.

However, the need to find a reason to why Bland would resist unfair treatment by a police officer ignores the fact that she resisted simply because she felt that the situation was unfair.

“Many of us caution one another, especially our children, to never backtalk cops,” wrote Jarvis DeBerry for NOLA.com. “Some might advise a deferential silence because they believe the police are always deserving of respect. Others might give that advice because they’ve encountered violent police with super short fuses. Regardless of the reason, our highest court has said our deference isn’t required. That court has said that our ability to give officers a piece of our mind distinguishes us from police states.”

“What good is a right that can’t be exercised? What does it say about our country that most of us believe – and with good reason – that we will pay dearly if we challenge the police?” 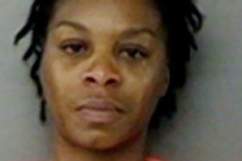 5. Bland’s Death May Force Changes in Texas Policing and Detention 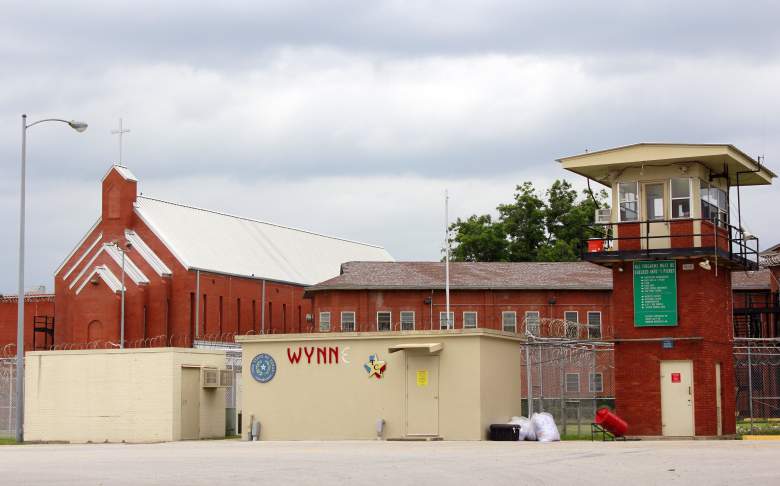 The Wynne Unit is pictured on May 21, 2013 in Huntsville, one of the seven prison units in Walker County, Texas. The US State of Texas was preparing to execute its 500 convict since the death penalty was restored in 1976, a record in a country where capital punishment is elsewhere in decline. (Getty Images)

Bland’s death forced the Texas law enforcement community to re-examine flaws in the way it screens for mental illness in prisoners, in how prison and jail staff are trained and how law enforcement officials interact with communities of color.

During the County Affairs Committee hearing, recommendations were heard for increased funding to the counties for mental health services, revising the mental health assessment in jails, additional crisis training for jailers and reforms to jailing standards. Bland’s intake form with the Waller County Jail showed that Bland once attempted suicide, but no special precautions were prescribed for her. Waller County jailers did not possess the mental health training they are required to receive by state’s rules.

However, the most important changes Texas can make is a change in attitude regarding how law enforcement deals with communities of color.

“We know from her case, if you can make changes that would impact other people, where you won’t have something like this happen again no matter what it was, that’s a plus,” said Yannis Banks with NAACP Texas, referencing Janet Baker. Last January, Baker’s son Jordan was killed by a Houston police officer.

The officer was acquitted by a grand jury.

Loading more stories
wpDiscuz
5
0
Would love your thoughts, please comment.x
()
x
| Reply
ABC7 Chicago has released the personnel record of Texas Highway Patrol Trooper Brian Encinia, who was the officer behind the traffic stop that led to Bland's arrest and death.