In an undercover video from the anti-abortion group Center for Medical Progress, a senior Planned Parenthood doctor drinks wine and describes the harvesting of fetus organs and the cost to provide them. The doctor is identified as Dr. Deborah Nucatola, senior director of medical services at Planned Parenthood Federation of America. The video’s makers claim it proves Planned Parenthood is illegally selling fetal tissue and performing illegal partial-birth abortions. Planned Parenthood refutes the claims, explaining that the dollar figures discussed refer to costs associated with delivering donated tissue. You can watch the full video above.

Here’s what you need to know about the video and Nucatola:

According to the Center for Medical Progress, which produced the video, it was recorded secretly during a lunch meeting between Nucatola and actors, who were posing as buyers from a medical company. The clip was made in June 2014. Below is the heavily edited version:

During the meeting, Nucatola discusses the cost to provide specimens — between $30 and $100 for body parts such as lungs and kidneys, with liver being the most sought-after organ. According to the Center for Medical Progress, anybody found guilty of the sale of fetal tissue is liable for a $500,000 fine and/or 10 years in prison. The group claims the video proves Planned Parenthood is illegally selling organs, but Planned Parenthood says Nucatola is not talking about sale prices but rather the costs associated with delivering donated tissue.

In the video, Nucatola discusses the legal sensitivity surrounding Planned Parenthood’s role in providing specimens, saying the organization distances itself from the issue but she knows it’s happening at affiliate clinics: “At the national office, we have a Litigation and Law Department, which just really doesn’t want us to be the middle people for this issue right now. But I will tell you that behind closed doors these conversations are happening with the affiliates.”

Finally, Nucatola talks about abortion doctors’ prowess in harvesting organs intact: “We’ve been very good at getting heart, lung, liver, because we know that, so I’m not gonna crush that part, I’m gonna basically crush below, I’m gonna crush above, and I’m gonna see if I can get it all intact.”

Nucatola describes in graphic detail the techniques designed to preserve certain body parts, including what the video’s makers claim is a description of so-called partial-birth abortion, which is illegal according to the Supreme Court.

Read a transcript of the video below:

Cecile Richards, the president and CEO of Planned Parenthood, appears at the end of the video in a clip recorded separately and commends the work of Nucatola, calling her “great” and “amazing.” It’s made clear that at the time of her comments, Richards didn’t know about the video.

Planned Parenthood has issued a statement in response to the video:

In health care, patients sometimes want to donate tissue to scientific research that can help lead to medical breakthroughs, such as treatments and cures for serious diseases. Women at Planned Parenthood who have abortions are no different. At several of our health centers, we help patients who want to donate tissue for scientific research, and we do this just like every other high-quality health care provider does — with full, appropriate consent from patients and under the highest ethical and legal standards. There is no financial benefit for tissue donation for either the patient or for Planned Parenthood. In some instances, actual costs, such as the cost to transport tissue to leading research centers, are reimbursed, which is standard across the medical field.

A well funded group established for the purpose of damaging Planned Parenthood’s mission and services has promoted a heavily edited, secretly recorded videotape that falsely portrays Planned Parenthood’s participation in tissue donation programs that support lifesaving scientific research. Similar false accusations have been put forth by opponents of abortion services for decades. These groups have been widely discredited and their claims fall apart on closer examination, just as they do in this case.

Richards is the daughter of former Texas Governor Ann Richards and was a former deputy chief of staff to Nancy Pelosi, the Democratic Leader in the House of Representatives.

3. Nucatola Has Been With Planned Parenthood for 10 Years

According to her LinkedIn page, Nucatola has worked for Planned Parenthood since February 2005, ascending to the role of senior director in 2009. She got her BA from the University of Wisconsin-Madison and her medical degree from the State University of New York Downstate Medical Center College of Medicine. The little information that could be gathered from a cached version of her deleted Twitter page indicates that she’s a big football fan.

4. Nucatola Says ‘No One Ever Plans to Have an Abortion’

In an interview about her day-to-day role as an abortion doctor, Nucatola told Think Catalog in 2014:

One thing I’ve learned is that no one ever plans to have an abortion.

Or to ever be in a situation where they might want or need to consider having an abortion. I think that’s one reason why we’ve seen so many laws restricting abortion in the last few years: People don’t put themselves in that hypothetical situation and wonder what they would do if they were faced with an unintended pregnancy.

She also answered the question about why she became an abortion doctor, answering:

5. ‘Partial-Birth Abortion’ Is Not a Medically Recognized Term

The phrase partial-birth abortion, or partial-term abortion, though used frequently by pro-life groups, is not a medical term according to the American Medical Association or the American Congress of Obstetricians and Gynecologists. Anybody caught administering partial-birth abortions is subject to two years in prison. The Center for Medical Progress has said this is just the first in a series of investigations into the “illegal trafficking of aborted fetal parts.” 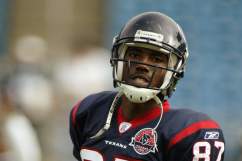