A recently uncovered section from Ivana Trump’s 1993 biography claims that the socialite was raped by her then husband. Her then spouse was Republican presidential candidate Donald Trump. The piece was uncovered in an expose by the Daily Beast. Responding to the claims was Trump’s special counsel, Michael Cohen, who allegedly told the publication “by definition you can’t rape your spouse.”

1. Cohen Threatened the Daily Beast With a $500 Million Lawsuit

You’re talking about the front-runner for the GOP, presidential candidate, as well as private individual who never raped anybody…And of course, understand that by the very definition, you can’t rape your spouse…

In her biography, Ivana Trump said that Trump violated her in 1989. The Donald has previously denied these claims. His campaign put out a statement as the Daily Beast story began to spread virally:

This is an event that has been widely reported on in the past, it is old news and it never happened. It is a standard lawyer technique, which was used to exploit more money from Mr. Trump especially since he had an ironclad prenuptial agreement. It is just a way for the badly failing and money losing Daily Beast, which has been reporting inaccurately on Mr. Trump for years, to get some publicity for itself.

After her biography was published, Ivana Trump clarified her remarks about “rape” saying that she felt violated and didn’t mean the term “rape” in the criminal sense. Later, Cohen issued an apology statement to CNN:

As an attorney, husband and father there are many injustices that offend me but nothing more than charges of rape or racism. They hit me at my core. Rarely am I surprised by the press, but the gall of this particular reporter to make such a reprehensible and false allegation against Mr. Trump truly stunned me. In my moment of shock and anger, I made an inarticulate comment – which I do not believe — and which I apologize for entirely.

2. He’s a Registered Democrat Who Previously Worked for Michael Dukakis

When Trump was mooted as a Republican candidate to take on President Obama in 2012, ABC News profiled Michael Cohen referring to him as “a registered Democrat who voted for Barack Obama in 2008.” The network added that Cohen had previously worked for Michael Dukakis’ failed 1988 presidential campaign and also for an unnamed Democratic congressman. At the time, ABC News called Cohen “Trump’s chief political advisor” adding that in Trump circles, Cohen is known as “Tom” in reference to Tom Hagen’s character in The Godfather, a key advisor to Vito and Michael Corleone. At the time, 2011, Cohen said to ABC that he felt disillusioned with Obama’s presidency since voting for the president in 2008. In 2010, Cohen co-founded the Trump hype machine website “Should Trump Run?”

On his profile at Trump’s foundation website, Cohen is named as the Donald’s “primary troubleshooter.” He’s also the co-president of Trump Entertainment. According to his LinkedIn page, Cohen has worked for Donald Trump since 2007. His profile adds, that despite registering as a Democrat, he ran for New York City council on the GOP ticket in 2003 “at the personal request of then-Governor George Pataki.” In addition to his work with Trump, Cohen serves on the board of TD Bank and the MTA. He lives in New York City with his wife and two kids.

Cohen has never been far from the tabloids. Famously, in 2014, he sued NYU Dr. Ali Guy, after he accused Guy of “ruining his summer.” The physician did this through renting Cohen a Hamptons home for a month at a cost of $150,000. The New York Post reports that Cohen was furious when he realized the house didn’t have working air conditioning and that the beds were too small for the Cohen family.

Since 1993, marital rape became a crime in all 50 states. It was back in the 1970s that the movement to criminalize spousal sexual assault began in the U.S. Despite this, differences remain in each individual state, although these are mostly minor, except for South Carolina where force or threats must be used to constitute a crime. 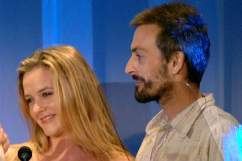 Loading more stories
wpDiscuz
18
0
Would love your thoughts, please comment.x
()
x
| Reply
The man who has been referred to as Donald Trump's "Karl Rove" is a registered Democrat who once sued a doctor for "ruining his summer."