John Russell Houser was identified as the gunman who attacked movie theater-goers in Louisiana, killing two people and injuring nine others before committing suicide. (LinkedIn)

A 59-year-old man who wrote online about his anti-government and extreme right wing political beliefs has been identified as the gunman who opened fire at a movie theater in Lafayette, Louisiana, killing two people and injuring nine others before taking his own life.

John Russell Houser, described as “kind of a drifter” by Lafayette Police Chief Jim Craft, killed Mayci Breaux, 21, and Jillian Johnson, 33. The shooting happened at about 7:30 p.m. Thursday at the Grand 16 Theatre during a screening of the movie Trainwreck.

Russell often went by the name Rusty Houser online while posting rants and blogs on several message boards. Police spelled his middle name as Russel, but according to his social media posts and public records, it is spelled Russell.

1. He Said America Is the ‘Enemy of the World’ & ‘Hitler Accomplished More Than Any Other’

He also had a Facebook profile under the name Rusty Houser, where he was a member of a group called “I hate liberals!”

In June 2013, he registered on the website Tea Party Nation.

Houser also had a Twitter account that he only used twice, including to call the Westboro Baptist Church the “last real church” in America:

Houser expressed his political views on several message boards, often writing about government and media censorship. Another common thread was that Americans have been brainwashed by the liberal media.

“It is possible, you might be the only one on the internet that has gotten through the censors. Though you probably are no less than a government information gathering devise, I will tell you how happy I am that the yield on the 10 year tres note is almost 3%. The end comes, and I love it,” he wrote on a message board in December 2013.

Also in December 2013, he wrote, “America is so sick that I now believe it to be the enemy of the world. I know next to nothing about Iran, but the little I do know tells me they are far higher morally than this financially failing filth farm.”

In January 2014, Houser wrote on the message board DebatePolitics.com:

The financial failings of the US, and the bleak outlook, are known to the world.The average person in the US has not however figured out that the US is employing censorship of the internet. If you type in NEWSPAPERS PUBLISHED IN IRAN, you will see about thirty such publications,none of which are published in their entirety, and none which your computer will translate.It might be permissible to put some political remark at the top of each page claiming bias, but to blackout all is nothing short of base censorship.

Type in any key words indicating the US practices censorship, and you will get magazine articles about the claims of censorship in Iran,North Korea, etc. You will not be able to find one scintilla of evidence the US would dream of it.

Type in WHITE POWER GROUPS and you get mag articles about their never ending claims of racism, and no information of how to find White power groups you might want to join.

I could go on for months. My point? Censorship coupled with brainwashing, is always present before the fall of a significant political entity.Put this together with our newly found financial reality, and you’ve got notice of things to come.

Houser joined a message board in January 2015, and posted, “Hitler accomplished far more than any other through ‘pragmatically forming.'”

He posted on a website dedicated to the New York chapter of Greece’s far-right, neo-Nazi party Golden Dawn, saying, “Do not mistake yourselves for one minute, the enemy sees all posted on this website. I do not want to discourage the last hope for the best, but you must realize the power of the lone wolf, is the power that come forth in ALL situations. Look within yourselves.” 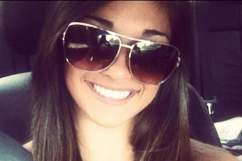 2. He Had Guns Removed From His Home in 2008 Because of His Mental State

Houser’s wife and other family members filed for a temporary restraining order against him in 2008, the Associated Press reports.

According to court documents, Houser “exhibited extreme erratic behavior and has made ominous as well as disturbing statements,” and “has a history of mental health issues, i.e., manic depression and/or bi-polar disorder.”

The court documents said Houser’s wife became “so worried about (Houser’s) volatile mental state that she removed all guns and/or weapons from their martial residence.”

The documents said even though he lived in Phenix City, Alabama, he had come to Carroll County, Georgia, where they lived and “perpetrated various acts of family violence.”

She later filed for divorce.

Houser had a “small” criminal record that is old, police said, including arson and selling alcohol to a minor. Craft said Houser hadn’t been in trouble with the law for 10 to 15 years. Attorney, John Swearingen, told NBC News that Houser tried to burn down his law office in the 1980s.

“I represented somebody — maybe several people — he did not like, and he tried to hire someone to burn the law office,” Swearingen said. “The man was a police informer, and they got it on tape.”

Houser was recently evicted from his home in Alabama:

He was denied a pistol permit in 2008 while living in Alabama, according to the New Orleans Advocate. Pistol permits are not required in Louisiana.

A witness said John Russell “Rusty” Houser opened fire about 20 minutes into a screening of the comedy movie Trainwreck.

“We heard a loud pop we thought was a firecracker,” said Katie Domingue, who was in the theater watching Trainwreck with her fiance, told The Daily Advertiser. “He wasn’t saying anything. I didn’t hear anybody screaming either.”

Police say he was acting alone. He used a .40 caliber handgun and fired at least 13 times.

Houser committed suicide as four officers entered the theater. They did not fire at him or speak to him before he shot himself.

The shooting was contained to one room in the theater. Police say he tried to flee with the crowd, but then encountered the officers.

Police said they found wigs and other material for disguises in his motel room and they believe he was going to try to escape from the theater alive and run from police. But he committed suicide as soon as the officers entered the theater.

“We found some wigs, glasses, things a person could use to maybe change their appearance,” Police Chief Jim Craft said at a press conference. “We don’t know if that was part of his plan, to enter the theater looking different than he looks and be able to escape. We know he switched the tag on the car because we found the license plate to the car in his motel room.”

4. Houser Was New to Lafayette & Police Don’t Know Why He Went to the Theater

Police have not yet said why Houser went to the theater, and if it was a random shooting or if someone inside the theater was targeted.

Houser previously lived in Phenix City, Alabama and was staying at a Motel 6 in Lafayette since the start of July, police said. Police Chief Jim Craft said they believe Hosuer was estranged from his family and his only tie to Lafayette that they have found was a dead uncle who lived there about 35 years ago.

Mark Hogencamp, who knew #Lafayette shooter in Phenix City, recalled Houser as "a troubled guy." "He seemed to be more and more unstable."

"I know he had a problem with drinking," Hogencamp says, adding Houser also appeared to be "struggling with depression."

“We talked to some of the family members last night, who haven’t seen him or don’t have very much contact,” Craft said at the press conference. “He just seems like he was kind of drifting alone. We don’t know why he chose to stop and stay in Lafayette.” 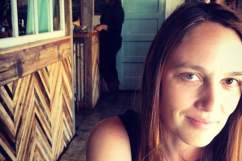 Houser says on his LinkedIn profile that he worked as a real estate developer in Alabama.

Houser said of his Buckhead Pub, “In a small town one in the entertainment business had better be in with all crowds. We successfully provided entertainment for all while maintaining an atmosphere worth a regular visit. Well rounded bands, food, and genuine communication coupled with a ‘don’t hold back’ approach was a winning combination.”

Houser was also a guest host on “Rise and Shine WLTZ NBC 38” in January 1993 and said he “Invited political controversy on every one of them, and loved every minute of it.” He was also a guest with Doug Kellet on WRCG talk radio 13 times, he said.

Calvin Floyd, the host of “Rise and Shine,” told NBC News Houser “was a radical guy,” known to be erratic.

“He was a Republican and then I would have someone with a real strong Democrat view on. The association I had with him was for entertainment,” Floyd said. “He was very entertaining. He made for good TV and when it was over, you would leave shaking your head.”

Floyd said he wasn’t surprised to hear Houser was the shooter.

He said he graduated from Columbus State University in Georgia in 1988 and from Faulkner University law school in 1991.

He was a political candidate in Columbus, Georgia, running as a Republican for the tax commission, according to the Ledger-Enquirer. He withdrew from the race after being charged with stealing an opponent’s lawn signs.

He was the son of Rembert Houser, a longtime Columbus tax commissioner, the newspaper reported, and the younger Houser had a history of fighting against taxes in the city.

“He came to many city council meetings and he was in tune with a lot of issues that were going on in the community,” former Mayor Bobby Peters told the newspaper. “He was very outspoken, highly intelligent, really didn’t trust government and anything about government. He always thought something was going on behind the scenes. He came across with a very conservative agenda.” 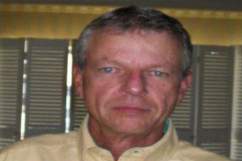