Airplane wing fragments that may belong to Malaysia Airlines Flight 370 have washed up on the beaches of Réunion, reports The Telegraph. La Reunión is a French island in the Indian Ocean, east of Madagascar.

According to The Telegraph:

Xavier Tytelman, a former military pilot who now specialises in aviation security, was contacted on Wednesday morning by a man living on the island of Reunion, in the Indian Ocean. The man sent Mr Tytelman a series of photos showing wreckage of a plane, which the Frenchman said could possibly be the missing jet.

“I’ve been studying hundreds of photos and speaking to colleagues,” Mr Tytelman told The Telegraph. “And we all think it is likely that the wing is that of a Boeing 777 – the same plane as MH370.

The wreckage appears to have been in the water for about a year, which would fit the timeline for the missing Boeing 777. At around around 2:40 a.m. on March 8, 2014, airline towers lost communication with the plane as it flew over the South China Sea from Kuala Lumpur to Beijing. It was due to arrive in Beijing at around 6:40 a.m. It never made it. 239 people were onboard the vanished plane. Wild conspiracy theories surrounded its disappearance.

Tytelman added, “The French police are now looking at it, and the Australians – who are in charge of the search – are interested too,” he said. “We don’t know how long it will take to get confirmation or a definite denial. But it’s an intriguing development.” 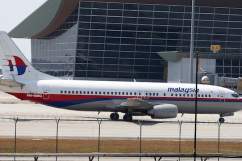