Family members have named the unarmed man who was shot dead by a University of Cincinnati cop after traffic stop on the evening of July 19. That man was Sam Dubose, 43. The officer who shot Dubose has been treated for minor injuries relating to the shooting.

1. The University Police Have Handed the Investigation Over to the Metro Police

Speaking to the media, University of Cincinnati Police Chief Jason Goodrich said “During the course of that traffic stop, a shot was fired. The driver of the vehicle is deceased. At that point I contacted the Cincinnati Police Department’s (Assistant Chief James) Whalen and I’ve asked them to handle the investigation of this issue.” Fox Cincinnati reports that the shooting took place at around 6:30 p.m. on July 19. The officer involved in the shooting has been Officer Ray Tensing. During the stop, police say that Dubose said he didn’t have a license and attempted to give Tensing a bottle of alcohol. When that was refused, Dubose tried to drive away, which is when the fatal shot was fired. The dead man was originally pulled over because his car didn’t have a license plate. There was body cam footage of the shooting, which will be released at later date. It’s being reviewed by the prosecutor’s office.

2. Dubose Just Got Engaged Last Week & Had More Than 12 Kids

According to family members, Dubose had just gotten engaged to be married last week. Ally Kraemer with WCPO reports that the victim had “more than 12 kids” adding “he loved all of them.” In her report, she was citing Dubose’s eldest son, Ke-Mel.

Fox Cincinnati reports that Dubose did time in a state prison in 2005 for weed trafficking. The network adds that he’s also faced charges for “assault and burglary, but those charges were later dropped.” Family members speaking to WLWT acknowledged his checkered past but argued that Dubose was not a violent man.

4. One of Dubose’s Neighbors Said ‘He Didn’t Carry a Gun, Why Did He Get Shot?’

Jabari Dailey pauses at a memorial to his friend, Sam Dubose, shot and killed during traffic stop in Mt. Auburn. pic.twitter.com/n3j1I0daw8

In a series of interviews, WLWT spoke to Dubose’s friends and family, all of whom expressed shock at the shooting. One neighbor, Hadassah Thomas said:

Everybody in the community loved Sam. He was so helpfuil and he was always around. He used to babysit for my daughter, what men do that? He didn’t carry a gun, so why did he get shot?

I just got the news at work and I walked off my job because I’m so devastated about my friend…He loved his children.

His son, Ke-Mel, was more spiritual in his reaction saying “I’m not going to stand here and question God. Everything happens for a reason, but it’s like, can’t change it now.”

5. Back in 2001, the City of Cincinnati Suffered Rioting After the Police Shooting of Timothy Thomas

A protester throws debris April 10, 2001 at Cincinnati Police Officers in riot gear in the Over The Rhine area in Downtown Cincinnati. African American protesters took to the streets to protest the shooting of an unarmed African American, Timothy Thomas. (Getty)

This shooting may spark memories of the 2001 killing by police of 19-year-old Timothy Thomas, an unarmed black man. His death also came from an attempted apprehension over traffic violations. The violence lasted for four days in the city and was regarded as the largest urban disturbance in the U.S. since the 1992 Los Angeles riots. 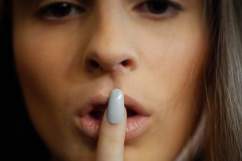 Loading more stories
wpDiscuz
114
0
Would love your thoughts, please comment.x
()
x
| Reply
An African-American man was stopped by a cop in Cincinnati for a traffic offense, minutes later the man was shot dead.