A 77-year-old toolbooth collector was fired from his job after paying a $6 toll out of his own pocket to help out a trucker who was short on cash.

Sam Samsonov told WBBH-TV that he realized he undercharged a trucker in early July at the Gasparilla Island Bridge, and paid the extra money himself. The trucker then paid him back. Samsonov said it’s something he has done in the past.

1. He Had Worked at the Tollbooth for 29 Years

Samsonov has worked at the tollbooth for 29 years. (Screenshot/NBC 2 News)

He broke the rules by putting $5.50 into the cash register from his pocket after he realized he missed a trailer being pulled by a vehicle and wanted his register to balance with the axel counts and was caught on tape putting money from his pocket into the register. Unfortunately he has broken rules in the past such as loaning his own money to people who realized they did not have enough on them when they arrived at the toll booth, which GIBA frowns upon. Enjoy your forced retirement Sam, you will be missed by the GIBA customers.

Samsonov was described by the Boca Beacon as a “Gasparilla Island fixture” in an editor’s note titled “We Will Miss You Sam.”

A military veteran, Samsonov had been collecting tolls at the Gasparilla Island Bridge for 29 years.

“You represent part of what so many like about Boca Grande – a person can be gone for years, but once they cross that bridge they’re back in the land of familiar faces. It’s people like you that we took for granted would always be there in the booth on weekday mornings,” editor Marcy Shortuse said in the note.

Samsonov told WBBH-TV that the job was more about the people he saw on a regular basis than the money he made.

A Facebook group called “Support Sam Samsonov” has gathered more than 1,000 likes and the community has rallied around the tollbooth collector.

The group’s description states, “A military veteran & beloved toll collector at the Boca Grande Causeway for 30 years, Sam was fired for a simple act of kindness – paying someone’s toll.”

Samsonov told WBBH-TV he was blown away by the support. “Makes me feel good, makes me want to cry. But bite your tongue and you’ll be ok,” Samsonov said.

“My wife Kay and I have known Sam since we moved here in 1994. He is a Kind and caring man, and his being fired for doing something nice is disgusting. This is one of those occasions that the bridge authority has gone too far. Good Luck Sam,” Patrick Bell said in a comment on the Facebook page.

His daughter said in a Facebook post, “I am Sam’s daughter and would like to thank you all for your kind words. Please know that the only thing upsetting him about this is that he will no longer see all of your familiar faces each day. I called him this morning to read your comments to him and he was tearing up.”

An Indiegogo page has been started with a goal of funding a vacation for Samsonov.

“I’ve started this campaign to give Sam a proper send off and vacation after his many years of service to his community. The funds used here will go directly to Mr. Samsonov and his family,” said Evan Cohen. “If we raise our $2,000 goal, that should easily be enough for Sam to take a beautiful long vacation anywhere he wishes. The more we raise, the better we can make this experience for him. Any funds left over will be used as severance for Sam.”

3. The Toolbooth’s Managers Said He Could Work Twice a Week Instead of 5 Times as a Punishment

According to NBC 2 News, Samsonov had been told not to pay customer’s tolls in the past, but never formally reprimanded. The Gasparilla Island Bridge Authority, which manages the tolls, told Samsonov he could work just two days instead of five, but Samsonov said that doesn’t make sense.

The Gasparilla Island Bridge Authority has declined to speak to the media because they say they don’t comment on personnel matters.

5. His Family Is Considering Taking Legal Action Against the Bridge Authority

Samsonov’s family told NBC 2 News they are considering taking legal action and are determining if any Florida labor laws were violated.

The family has been trying to convince him to retire and he had finally agreed to cut back his hours to 3 days a week, which was to start in August. Also know that he was not immediately fired, but was given the option to give two weeks notice and then he would get his vacation paid out after he worked the two weeks or to be reduced to two days a week. He is a proud man and let them know that if he could not be trusted to work full time, he did not understand why they would trust him to work two days a week. He then informed them he would not choose either option, which led to his termination.

Please know that this is Sam’s second retirement after also having been in the military for 26 years and he is well taken care of with benefits. As we spoke yesterday, he stated he would reach out to the local hospital to become a volunteer a few days a week to keep him busy. 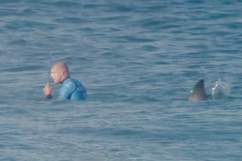 Read More
5 Fast Facts, Breaking News, Florida
Longtime customers are outraged after Sam Samsonov, a toll collector in Boca Raton, Florida, was fired after 29 years on the job for paying a trucker's $6 toll.