Traders work on the floor of the New York Stock Exchange on July 6, 2015. (Getty)

Computer outages that grounded all United Airlines flights and shut down trading at the New York Stock Exchange for more than three hours on Wednesday have led to speculation that their systems were attacked by hackers.

The Wall Street Journal website also went down at about the same time as trading was halted at the NYSE, according to CNN.

But U.S. officials are denying that the outages are related and that they were caused by hacking, according to multiple reports.

DHS official: "No indication" of a cyber attack behind #NYSE, United Airline and/or WSJ site.

JUST IN: No indication computer problems at @united & @NYSE are related. No indications at this point of a cyberattack, per @PeteWilliamsNBC

(1 of 3) The issue we are experiencing is an internal technical issue and is not the result of a cyber breach.

(2 of 3) We chose to suspend trading on NYSE to avoid problems arising from our technical issue.

(3 of 3) NYSE-listed securities continue to trade unaffected on other market centers.

CNN Money reports that the NYSE had been having issues throughout the day Wednesday, before the shut down.

“They seemed to have rectified it earlier and then it happened again. Now they shut it all down,” Joe Saluzzi, co-head of trading at Themis Trading, told CNN.

The FBI reached out to the NYSE and told CNN, “no further law enforcement action is needed at this time.”

SEC on NYSE: "We are in contact with NYSE and are closely monitoring the situation and trading in NYSE-listed stocks."

The White House said President Obama has been briefed on the issues:

WH "Obama has been briefed on the ongoing issue at the New York Stock Exchange." WH and Treasury are monitoring the situation. #NYSE

The outside of the NYSE on Tuesday, July 8. (Getty)

A certain country isn’t happy with the way our financial media is reporting on its financial market woes.

You’ve never seen me endorse a conspiracy theory before. This one is the real thing.

He said about Homeland Security’s denial that hacking caused the outage:

Brown is likely referring to China, which has seen its stocks fall this week, according to MarketWatch.

Also, the Twitter account @YourAnonNews, which is affiliated with the hacktivist group Anonymous, tweeted the night before the outage:

Wonder if tomorrow is going to be bad for Wall Street…. we can only hope.

The group has not claimed to have caused the technical issues, and it appears to have just been a coincidence, one @YourAnonNews seems to be enjoying:

Bane Is Trending on Twitter Because of the NYSE Outage

When Did the Outages Occur & What Caused Them?

United Airlines passengers wait in line to check in for flights at San Francisco International Airport on Wednesday. (Getty)

The United Airlines outage was reported at about 7:50 a.m., leading to chaos at U.S. airports as all flights from the airline were grounded. Flights resumed at about 10 a.m.

The NYSE suspended trading because of a technical glitch at about 11:30 a.m.

“We’re currently experiencing a technical issue that we’re working to resolve as quickly as possible,” the NYSE said in a statement. “We will be providing further updates as soon as we can, and are doing our utmost to produce a swift resolution, communicate thoroughly and transparently, and ensure a timely and orderly market re-open.”

The @NYSE blames a technical issue. It appears to be a hardware or software problem and not a hack

United Airlines says an issue with a router caused its outage, according to Reuters. 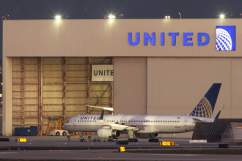 Read More
Breaking News
Computer outages at United Airlines and the New York Stock Exchange on the same day have led to speculation that their systems were hacked.