A cameraman and a reporter were killed after a gunman opened fire during an interview Wednesday morning in Moneta, Virginia that was shown on live television.

Adam Ward, 27, of WDBJ-TV was gunned down along with reporter Alison Parker, 24, during a live shot at Smith Mountain Lake. WDBJ announced the deaths live on the air.

Vicki Gardner, the woman who was being interviewed, was also shot and wounded, the Roanoke Times reports. She is in surgery after being shot in the back. Gardner is the executive director at the Smith Mountain Lake Regional Chamber of Commerce.

The gunman is suspected to be Vester Lee Flanagan, state police said. Flanagan shot himself after a confrontation with police, and later died. He is believed to be a disgruntled former employee of the news station.

1. He Was Engaged to a News Producer at WDBJ

WDBJ said that Adam Ward was engaged to a WDBJ producer, Melissa Ott. It was her last morning producing the show and there was a celebration earlier in the morning. She planned to move to a new job in Charlotte, North Carolina, and Ward was going to follow here there.

“Alison brought in balloons, I brought in a cake, it was a day of celebration,” anchor Kimberly McBroom said. “It was just an ordinary day. We were so happy for them. There were a lot of good things happening for Adam.”

Cameraman #AdamWard, 27, who died in the shooting, was engaged to #MelissaOtt, a producer for morning show. #Prayers pic.twitter.com/znRLPDCLoS

“I cannot tell you how much they were loved, Alison and Adam, by the WDBJ 7 team,” General Manger Jeffrey Marks said on air while announcing their deaths. “They both were in love with other members of the team here, and our hearts are broken.”

2. ‘They Were Just Out Doing Their Job Today’

WDBJ’s general manager, Jeffrey Marks, said on the air during the announcement of their deaths that “they were just out doing their job today, out covering a story.”

The video shows the reporter interviewing a Gardner, a member of the local Chamber of Commerce, at the Bridgewater Plaza near Smith Mountain Lake about local tourism. Suddenly, several gunshots ring out and Parker, the reporter, screams, and runs. The camera drops to the ground and the news station quickly cuts back to an anchor in the newsroom.

3. He Is a Graduate of Virginia Tech & Was From the

Ward graduated from Salem High School in Virginia and then Virginia Tech in 2011. He just recently turned 27.

His WDBJ coworkers said on the air that Ward was thinking about changing jobs and trying something new, after he moved to North Carolina. They said he always had a smile on his face.

“A solid Virginia Tech fan,” the station’s morning meteorologist, Leo Hirshburner, said. “We get here really early in the morning and when we get in, they just make this newsroom come alive.”

Hirshburner said when they come in groggy, Ward would wake everyone up with talk about Virginia Tech football or whatever else was going on.

He started in the production department, before working as a camera operator in the studio and then becoming a cameraman in the field.

“He proved himself to be just a fine photojournalist, and the kind of guy who was on his way home from work and heard about something breaking, he would just turn around and go do it,” WDBJ’s General Manager Jeffrey Marks said. 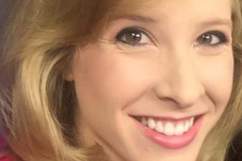 5. The Gunman Killed Himself After a Police Chase

A screengrab from the video of the shooting shows the gunman. (Micah Grimes/Twitter)

The gunman, Vester Lee Flanagan, killed himself after a brief police chase about three hours away from the shooting scene.

Flanagan was fired by WDBJ in 2013 after working there for one year.

Read more about Flanagan at the link below:

Loading more stories
wpDiscuz
8
0
Would love your thoughts, please comment.x
()
x
| Reply
Adam Ward, a 27-year-old cameraman at WDBJ-TV, was killed along with reporter Alison Parker during a shooting on live TV in Moneta, Virginia.