Anthony Sadler was one of three Americans who stopped a terrorist attack on a train in Belgium. He, Alek Skarlatos, and Spencer Stone worked together to save hundreds in France. Chris Norman, a British man, also stopped the attack. (Facebook)

They were supposed to be on a fun vacation, but the three men had no idea what was awaiting them. Anthony Sadler was one of three Americans who stopped a terrorist attack on a train in Belgium. The train was headed from Amsterdam to Paris. Sadler, a college student, Alek Skarlatos, a member of the Oregon National Guard, and Spencer Stone, who is in the Air Force, were the Americans who saved hundreds from possibly being massacred. According to French reporters, British man Chris Norman also helped stop the attack. Stone was injured, along with two other passengers on the train.

Sadler has been celebrated as a hero in French news reports. He, Skarlatos, and Norman are pictured by numerous sources receiving bravery medals from the local mayor for their roles in stopping a terrorist attack on a high-speed train in Belgium, Thalys 9364. Stone also stopped the attack, but because he was injured subduing the gunman, he’s not seen in the photos.

President Barack Obama contacted all three men on Saturday and thanked them for their heroic actions, ABC News reported. He said that all Americans are proud of their bravery and thankful that they stepped in to stop the attack.

The four men will also receive Legion d’Honneur medals from Francois Hollande, the president of France, during a ceremony on Monday. This medal is the highest honor that France awards and was started by Napoleon Bonaparte in 1802. Two other men, a French citizen who tackled the gunman in the bathroom and a passenger who helped and was hit by a bullet, will also receive medals at a later date, The Telegraph reported.

2. The Men Jumped The Attacker, Who Had Enough Ammo to Kill Hundreds

Anthony Sadler was one of three Americans who stopped what could have been a horrific terrorist attack on a Belgium train. (Facebook)

Passengers noticed the gunman was acting erratically on the train. When he went into a bathroom, the Americans heard the distinct sound of him loading his automatic Kalashnikov rifle, CNN reported. After he exited the restroom, they jumped him. He also was carrying a handgun, a knife, and nine magazines — enough firepower to kill hundreds. According to The Daily Mail, the gunman — named in reports as Ayoub el-Qahzzani — is in custody and may have traveled to Syria shortly before returning to Europe.

Norman, a British consultant living in France who also helped subdue the gunman, told ITV that when he looked up after hearing a shot, he saw a man standing with what appeared to be an AK-47. If he hadn’t been stopped, there would have been massive carnage, Norman said.

3. A Video Shows the Attacker Subdued on the Floor of the Train

A video (posted above) was originally on LiveLeak and then later removed, but reposted on YouTube, shows the men after subduing the gunman. They had disarmed the gunman, but not before he was able to stab at least one of them with his knife, according to the LiveLeak cache. Stone has since been reported as the American who was injured. His thumb was almost severed, but a surgery to reattach it was successful and Stone has already been released from a hospital in France.

4. Sadler is From California

Anthony Sadler was one of three Americans who helped thwart a terrorist attack in Belgium. (Facebook)

Sadler is from Sacramento, California, according to his Facebook profile. His profile shows various pictures that he took on his trip overseas before he was on the train where the attack was attempted. In one post, he talks about visiting Rome, Venice, Munich, and Berlin and heading to Amsterdam, Paris, and Barcelona next. His Facebook lists that he studies kinesiology/athletic training at California State University and currently works at Costco.

Sadler told ITV that he’s a college student in his last year. This was his first trip to Europe, which he went on with his friends. He still can’t quite believe he stopped a terrorist, he told ITV.  NBC Los Angeles talked with Sadler’s parents, Anthony Sadler Sr. and Mariah Sadler. Anthony Sadler Sr. said he was proud of his son and was amazed and proud that he left to see the world and came back as France’s hero. 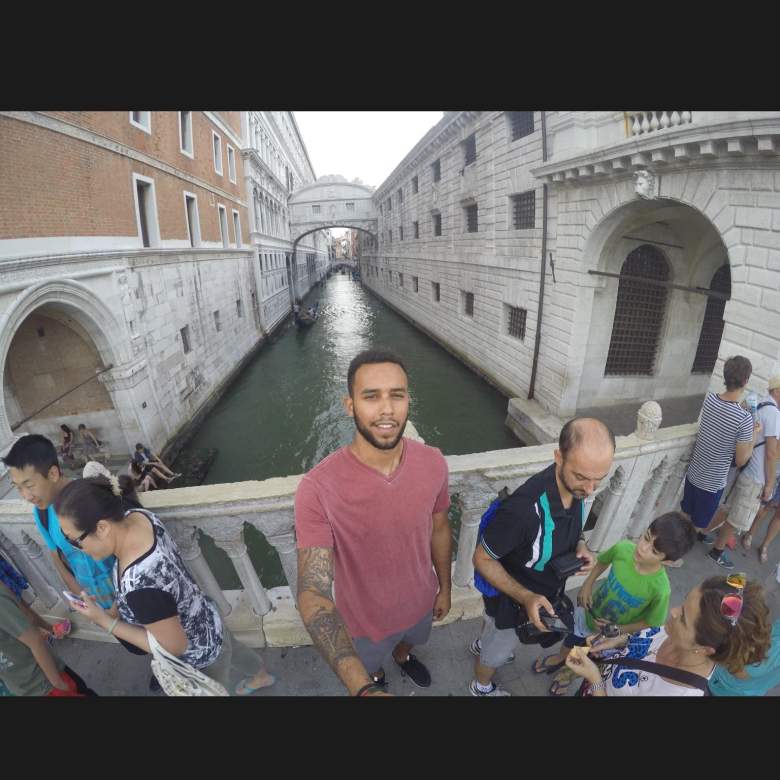 The gunman, Ayoub El Qahzzani, was already on at least three European counterintelligence watch lists, according to The Telegraph. He was known to have ISIS sympathies, but it is not known if this attack was connected to ISIS. He had traveled to Syria shortly before the attacks and was living in Spain with his parents.

Loading more stories
wpDiscuz
13
0
Would love your thoughts, please comment.x
()
x
| Reply
Anthony Sadler was one of three Americans who stopped a gunman from killing hundreds on a Belgium train. Find out more about him here.