An Arlington, Texas, police officer has been fired after he fatally shot an unarmed black teen at a car dealership on August 7, the city’s police chief announced Tuesday.

Brad Miller, a 49-year-old rookie officer, shot Christian Taylor, a 19-year-old college football player at Angelo State University after police were called to the Classic Buick GMC Dealership at about 1 a.m. for a report of a break-in. Surveillance video showed Taylor jumping on the hood of a car, and police said he also drove his Jeep into the dealership before they arrived.

1. There Was No Physical Contact Between Miller & Taylor Before the Shooting

Contrary to early reports about the shooting, there was no “struggle” between Christian Taylor and police before he was shot by Brad Miller. Police released audio tapes from the shooting on Tuesday and Police Chief Will Johnson described the events leading up to the shooting during a press conference.

Johnson said when the officers arrived, Taylor was on the other side of locked doors in the show room. Taylor allegedly told the officers he was going to steal a vehicle. The officers said they saw a “bulge” in the teen’s pocket and assumed he could be armed. The “bulge” turned out to be his wallet and cell phone, police said. Johnson said it was a reasonable assumption on the officer’s part. Miller told investigators he feared for his life prior to opening fire.

Surveillance video from the car dealership (watch it below), did not record the moment of the shooting, but showed Taylor’s actions prior to police arriving.

Miller entered the showroom as Taylor tried to break a glass door in a different part of the building to get out, the chief said. Miller followed Taylor and ordered him to the ground, but Johnson said Taylor turned and began to “rapidly approach” the officer while cursing at him. Miller retreated while giving commands to Taylor, Johnson said.

Miller’s training officer then saw the rookie cop and Taylor and drew his Taser. The training officer, Corporal Dale Wiggins, said he heard a pop and thought Miller had deployed his own Taser, but it turned out to have been Miller firing his gun. Johnson said it’s not clear if that shot hit Taylor.

Wiggins then used his Taser on Taylor, but the teen continued to advance toward Miller, who then fired three more times while Taylor was about seven to ten feet away.

2. The Arlington Chief Said Miller Was Fired Because of His Poor Judgement

Arlington Police Chief Will Johnson said at the press conference on Tuesday that he decided to fire Miller because of the rookie officer’s poor judgement that led up to the shooting. Johnson said

Johnson said he found some of Miller’s decisions to be “troubling.” The chief said Miller’s decision to enter the showroom alone and without a plan, before officers established a perimeter, was an example of the poor judgement.

3. A Grand Jury Will Decide Whether Miller Will Be Criminally Charged

Johnson says a criminal case will advance and be presented to the DA's office, the case will go to a grand jury #christiantaylor

Police Chief Will Johnson said the investigation will continue and evidence will be presented to prosecutors. The case will then go before a grand jury.

An autopsy has not yet been conducted. Johnson and other authorities did not say how long it will take for the investigation to conclude.

4. Miller’s Attorney Said the Firing Was to ‘Appease Anti-Police Activists’

Officer Brad Miller cannot appeal firing since he was still in field training.

Miller was still a probationary officer in field training, so he cannot appeal the decision, Police Chief Will Johnson said at Tuesday’s press conference. Miller’s field training officer will not face department discipline, the chief said.

While Chief Johnson sits behind his desk and Monday morning quarterbacks an officer’s actions when coming face to face with a violent felon, his biggest fears are getting a paper cut or losing his six-figure salary. Chief Johnson used 20/20 hindsight to protect his job and appease anti-police activists. Officer Miller made decisions in the heat of a violent confrontation to save his and other officers’ lives.

A four-day ‘investigation’ and media theatrics are not even close to due process. This decision, while politically expedient for Chief Johnson, is an insult to the rank and file officers who put their lives on the line every day.

Miller had not been an officer before joining the Arlington police force.

5. Taylor Had Tweeted About His Distrust of Police & Fear of Dying Young

Taylor talked on his Twitter account, @he_got_sneaks, about not trusting the cops and not wanting to die young.

I don't wanna die too younggggg

That tweet was sent just a week before his death.

Police taking black lives as easy as flippin a coin, with no consequences smh

The tweets about police were made about the shooting of 18-year-old Michael Brown in Ferguson, Missouri. Taylor was killed just before the one-year anniversary of Brown’s death. 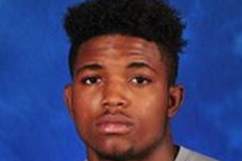