Christian Taylor was popular among his friends (Twitter/@_lawjohnson)

Christian Taylor, 19, was shot and killed by an Arlington, Texas, police officer after a reported burglary call at a car dealership. Taylor was unarmed and unverified dispatch audio indicates he may have been shot within two seconds of being seen by the officer-in-training. He was shot four times in the stomach, chest, and neck. The FBI has joined the investigation and a video has been released showing Taylor on the dealership property before the police arrived, which you can view at Fact #5 below. The rookie officer who shot Taylor, 49-year-old Brad Miller, has been fired from the department, Police Chief Will Johnson announced on Tuesday. A criminal investigation is being conducted and the district attorney will decide, based on the evidence, if the case will be turned over to a grand jury.

1. The Police Said Taylor Was Killed After Breaking Into an Arlington Dealership 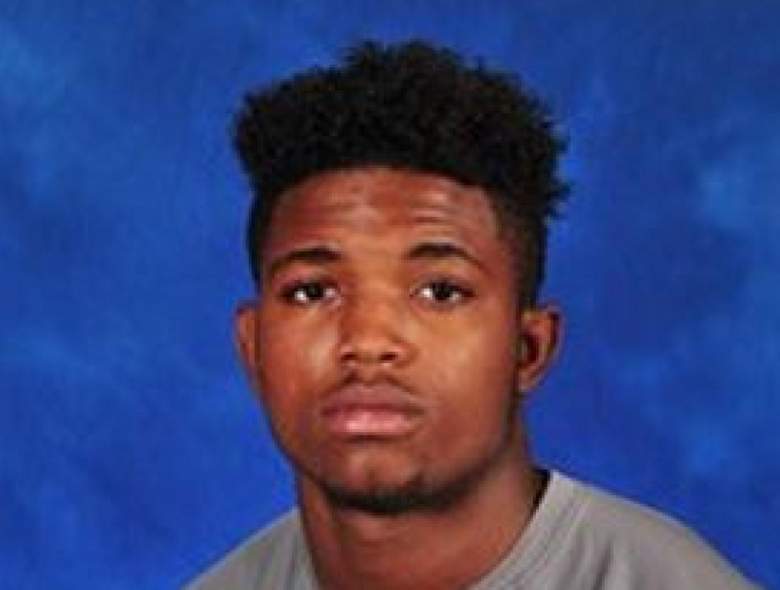 Arlington police responded to reports that an alarm had gone off around 1 am at the Classic Buick GMC in Arlington, near I20 and Collins Street, The Dallas Morning News reported. Police said that Taylor had driven his SUV through the dealership’s glass doors and Taylor was in the showroom when police arrived. In his first press conference, Arlington Police Chief Will Johnson said that police officer Brad Miller and another officer approached Taylor in the showroom and ordered Taylor to the ground, NBC DFW reported. Taylor did not comply and ran to a corner of the building instead. Taylor was shot four times and killed. He was also shot at some point with a taser, according to NBC DFW. He died at the scene.

During a second press conference on Tuesday, August 11, Johnson elaborated on the shooting, based on testimony from Miller and his training officer, Cpl. Dale Wiggins, the New York Times reported. Miller entered the dealership and initially approached Taylor on his own. Taylor held up a pair of keys and said he intended to steal a vehicle, according to Miller’s testimony about the event. Taylor then fled to a back door and when he discovered the door was locked, he walked back up to Miller, acting “aggressively” and using profanity. Miller reportedly said that he shot Taylor because he thought he was alone in the building and Taylor would overpower him. He saw a bulge in Taylor’s pants that he thought was a gun, but ended up being Taylor’s cell phone and wallet. Miller was fired from the Arlington Police Department for poor decision making. 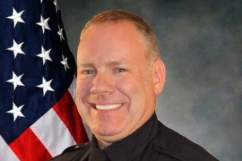 2. Unverified Dispatch Audio Indicated He Might Have Been Shot Within Seconds of the Police Seeing Him

The above video contains dispatch audio that YouTube user TK from “No Bull Shit NEWS” said was taken from dispatch recorded during Taylor’s encounter with the Arlington police.  The YouTube poster said in the video that he spoke to three people who work at the dealership, who requested they remain anonymous. They all said the police may have exaggerated what Taylor was doing. The YouTube poster said the dispatch audio shows that Taylor was shot within 1.3 seconds of being seen by the police (start at 9:30 in the video to hear this part.)  According to the audio on the YouTube video, it only took 1.3 seconds between the first sentence and the second sentence below:

I see a man with a straw hat on … Oh no, we have shots fired.

The Arlington police chief said at a press conference that the above dispatch audio is inaccurate, according to NBC DFW. TK also released the raw audio of the dispatch recording without his commentary here. The recordings appear authentic, The Guardian reported. In one of the recordings, an officer shared his cell phone number. When called, the person who answered said the number was a private number and not the police department. The person who answered the call said he did work for the Arlington police, but his number should not have been leaked through the audio recording, and he was not with Internal Affairs, The Guardian reported.

3. The Officer Who Shot Him Was In Training and Had Just Graduated From the Police Academy in March

The police officer who shot Taylor, Brad Miller was an officer-in-training who has just graduated from the police academy in March, according to The Dallas Morning News. Miller, 49, was in field training under an officer’s supervision.

On Tuesday, August 11, the Arlington police chief announced that Miller had been fired for “inappropriate judgment.” He entered the building without his partner, which led to an “environment of cascading consequences,” The New York Times reported.

4. Taylor Had Tweeted About Not Trusting the Cops and Not Wanting to Die Young

I don't wanna die too younggggg

Taylor, 19, talked on his Twitter account, @he_got_sneaks, about not trusting the cops and not wanting to die young. Taylor was a football player for Angelo State University. He had graduated from Mansfield Summit high school. He only had one item on his record, which was six months deferred adjudication for possession of hydrocodone, according to The Dallas Morning News. The charge, a misdemeanor, was dismissed when he finished his probation. Taylor’s Mansfield Summit football coach told The Dallas Morning News that Taylor was a “fun-loving prankster, a jokester” who had “a lot of personality; a little charmer.” Friends and family are devastated by his death.

When he first sang to me… Asked me to judge him honestly lol man. I missss you pic.twitter.com/qdeAKM4q0G

His great uncle, Clyde Fuller, didn’t believe the story about Taylor, NBC News reported. “Nuh-uh. Something doesn’t sound right,” he said. Meanwhile, Taylor’s father, Adrian Taylor, said he can’t get any information from the police, The Guardian reported. Adrian said the police won’t talk to him and he has had to piece together what happened from social media posts and video and audio posted online.

The above eight-minute surveillance video was released by the Classic GMB Buick dealership, according to NBC DFW. It shows Taylor at the dealership before the police arrive. First, it shows him jumping up and down and hitting the window of a car in the lot. Next, it shows him driving his SUV through the closed gates of the dealership and walking around the lot. The video, which is edited from cameras at different angles, shows a far-away view of Taylor possibly driving his car through the showroom window. It ends showing police entering the showroom and, finally, an ambulance arriving. Police have said that security footage from the car dealership did not catch the actual shooting and there were no working cameras in the showroom itself. Arlington police officers do not wear body cameras, according to The Dallas Morning News. 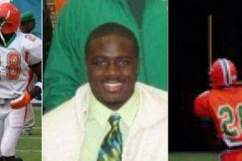