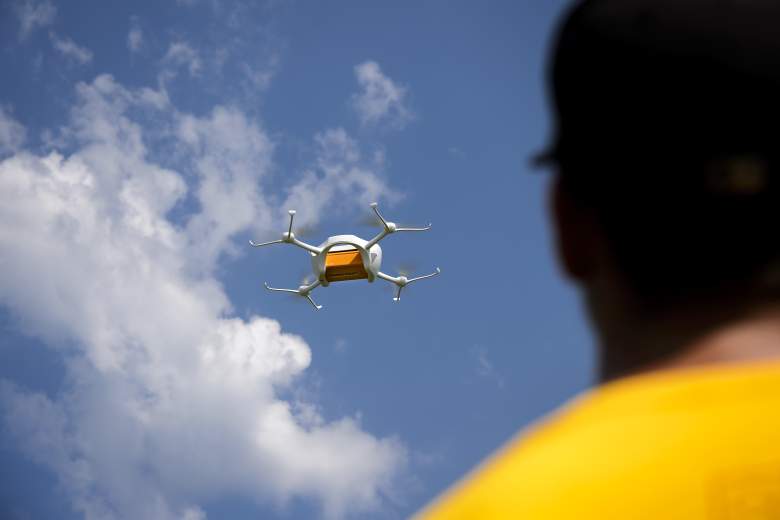 An employee of the US drone compagny Matternet shows a drone carrying a mail box of Swiss Post on July 7, 2015. Someone recently flew a drone (not the one pictured) into an Ohio prison with a package of drugs. (Getty)

A drone delivered a package of drugs and tobacco to an Ohio prison yard, setting off a big brawl among the inmates. No one has figured out yet who flew the drone to the prison.

The drone dropped off a package of drugs and tobacco to the Mansfield Correctional Institution in Ohio, The Columbus Dispatch reported.  The package contained 5 ounces of tobacco, 2.3 ounces of marijuana, and .2 ounce of heroin. If the heroin was even half pure, according to The Columbus Dispatch, that would be enough for 140 doses.

2. A Big Brawl Broke Out Among the Inmates Over the Delivery

The drug delivery wasn’t accidental. In fact, Fox 8 Cleveland reported that the delivery was for an inmate in the north recreation yard. A different inmate, however, got to the package first and threw it over the fence into the south recreation yard. That’s when the huge fight broke out among about 200 prisoners. The fight started in the north yard, but inmates from both yards rushed to join the fight. Officers had to use pepper spray to stop the brawl, The Columbus Dispatch reported. Nine inmates were put in solitary, but there were no injuries.

3. No One Is Sure Who Flew the Drone to the Prison

Mansfield Correctional Institution is pictured on this Google map, where the drone drop off occurred. (Google Maps)

4. Prison Guards Didn’t Realize What Happened Until They Reviewed the Video

A drone flew over a prison in Ohio and dropped a drug package hahaha wow technology these days.

Prison officials only knew that a huge fight had broken out. It wasn’t until after they reviewed the footage that they realized the fight started after a drone dropped off a package. The package was found hidden in the south yard’s equipment room, according to The Columbus Dispatch. Prison officials searched for other packages but did not find anything.

5. This Isn’t the First Time a Drone Has Tried to Deliver Drugs to a Prison 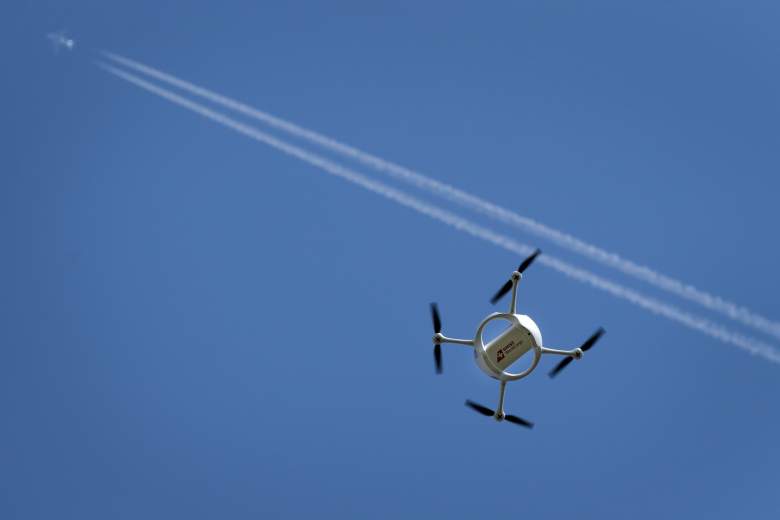 A drone carrying a mail box of Swiss Post flies past on July 7, 2015, in Switzerland. Drones (not the one pictured) are being used sometimes to fly contraband into prisons. (Getty)

This wasn’t the first time a drone delivery was attempted at a prison, The Columbus Dispatch reported. Other state prisons have encountered similar problems. JoEllen Smith, a spokeswoman for the Department of Rehabilitation and Correction, said the agency is stepping up drone detection measures, Bradenton Herald reported. For example, in 2014 a drone carrying marijuana, tobacco, and mobile phones crashed just outside the Lee Correctional Institution in South Carolina, Fast Company reported.

Read More
5 Fast Facts, Breaking News, Drones
A drone delivered drugs and tobacco to an Ohio prison, sparking a huge brawl. No one knows who flew the drone to the prison.