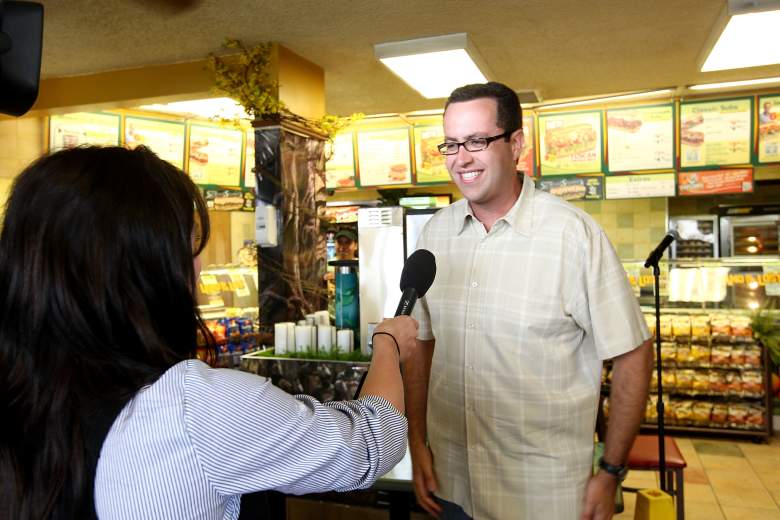 Former Subway spokesman Jared Fogle is interviewed on May 28, 2009 at a Subway in Santa Monica, California. (Getty Images)

Fogle’s Indiana home was raided by federal agents in early July. He was not arrested at the time.

According to court documents released by the U.S Attorney’s office, Fogle will plead guilty to distributing and receiving child pornography and unlawful commercial sexual acts with minors.

1. He Traveled to New York to Have Sex With Minors

Fogle will admit to traveling to New York in 2010 and 2013 to pay to have sex with minors, according to federal prosecutors.

Read the document below:

According to the Associated Press, Fogle will agree not to argue for less than five years in prison, while the U.S. Attorney’s office will not seek more than 12 1/2 years in prison.

Fogle will also pay $1.4 million in restitution to 14 victims, register as a sex offender and undergo treatment for sexual disorders, the AP reports.

Fogle’s Zionsville, Indiana, home was raided by a team of federal, state and local police, including the Internet Crimes Against Children Task Force, ABC 6 reported.

The head of Fogle’s charity foundation, Russell Taylor, was arrested on federal child pornography charges just months before the raid on Fogle’s home.

According to court documents, Fogle was given videos and pictures of children produced by Taylor. Some of the images and vidoes were of children that Fogle knew.

Taylor tried to commit suicide while in jail, but survived.

Read more about his case, which is still pending, at the link below:

3. Fogle Has Been Fired by Subway

Subway announced on Tuesday that it has fired its longtime pitchman. “We no longer have a relationship with Jared and have no further comment,” the sandwich shop said in a statement.

He was suspended by Subway following the July raid.

Fogle weighed 425 pounds as a 22-year-old student at Indiana University in 1998. By 1999, thanks to a diet based around Subway’s food and an exercise regimen, Fogle was down to 180 pounds. His story gained national attention, and he became Subway’s spokesman in 2000. 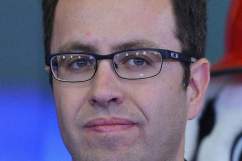 The Jared Foundation: 5 Fast Facts You Need to Know

4. He Ran a Pornography Operation While in College

Fogle is married to an Indiana teacher, Katie McLoughlin. Read more about her at the link below: 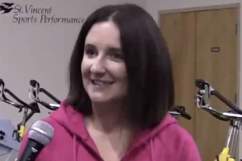 5. A Franchisee Said He Sent Her Texts About Paying for Sex With a 16-Year-Old

Jared Fogle admitted in a text message that he had sex with a minor that he found on Craigslist, according to a former Subway franchisee. The woman also claimed that Fogle, a former Subway spokesman, suggested she sell herself for sex on Craigslist. Fogle’s house was raided by the FBI and local law enforcement on July 7 in connection with a child pornography investigation. Subway suspended its relationship with Fogle and removed all mention of him from Subways stores and its website.

The former franchisee, who has not been named, said the text conversations went on between January 2008 and June 2008, Business Insider reported. She was in a sexual relationship with Fogle, and Fogle often brought up underage women. In June 2008, Fogle and the woman were talking about Craigslist when the woman asked him in a text if it was the same website where he found the 16-year-old girl that he only paid $100 to have sex with. Fogle responded: “It was amazing!” The age of consent in Indiana, where Fogle lived, is 16.

According to Business Insider, which read the affidavit, the woman asked Fogle which part of the ad made him realize the girl was selling sex and Fogle texted back: “U will have to read them to see.”

Also, a former reporter told WWSB-TV that Fogle made inappropriate remarks to her, including saying “middle school girls are hot.”

The woman told the news station, “They weren’t jokes. They were very serious.” 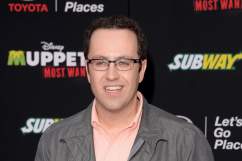 Jared Fogle’s Texts About Sex with a Minor: 5 Fast Facts