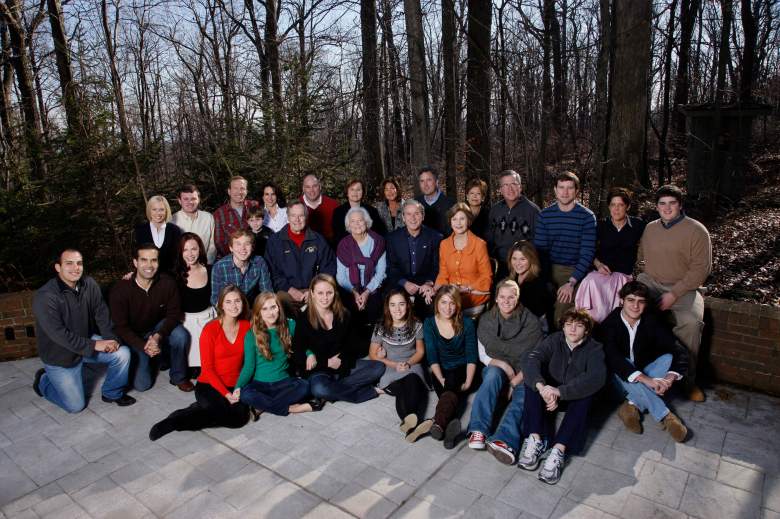 It’s not an easy decision to run for political office. Not only is it a time-consuming, life-altering decision, but it puts an individual into a public spotlight they’ve, likely, never experienced.

Jeb Bush has spent his life in that spotlight. The son of one United States President and the brother of another, Jeb served as the Governor of Florida from 1999 to 2007. But while Bush was used to life under the political microscope, his family, including his wife Columba, was an entirely different story. That’s what made his decision to re-enter the presidential race in 2016 one of the most difficult of his life.

Still, Bush has decided to run. Now, he’ll debate. The former governor is slated to join nine other Republican candidates on Thursday evening in FOX News’ first debate of the election season and, as per usual, Bush’s family will likely be a point of emphasis. Here’s what you need to know about the extensive family tree:

1. Bush & His Wife, Columba, Met While He Was Teaching in Mexico 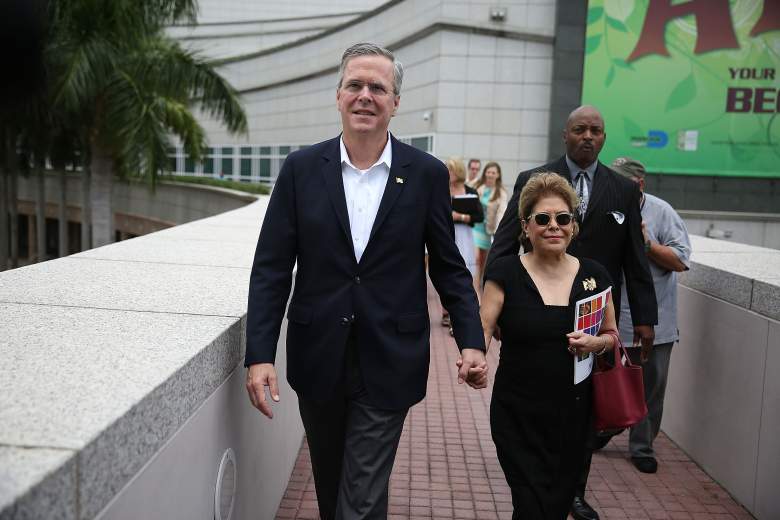 Columba, who grew up in León, Mexico, first met the future presidential candidate when was just 16 years old in 1970. Bush, who was 17 at the time, was teaching English as a second language and helping to build a school in a small village outside of León as part of a class at Andover called “Man and Society.”

Although Columba did not speak English at the time, she and Bush developed a relationship and were eventually married on February 23, 1974 in Austin, Texas at the chapel in the Catholic student center at the University of Texas. Parts of the ceremony were actually conducted in Spanish. Bush recently explained the relationship, saying:

My life can be defined in one real, powerful way, which is B.C. and A.C.: Before Columba and After Columba. I fell madly in love with her — literally love at first sight. Whatever I was doing beforehand, I vaguely remember. But my life got really organized after that.

As First Lady of Florida, Columba kept out of the public eye as much as possible but did advocate for the Florida Coalition Against Domestic Violence, the Center on Addiction and Substance Abuse as well as Arts for Life, a group that provides scholarships for young artists.

2. George P. Bush is the Commissioner of the Texas General Land Office

Bush’s oldest son, George Prescott, was born on April 24, 1976 and has already added his name to the family’s collective political legacy. After working as a high school teacher in Homestead, Florida, George opted to attend law school at the University of Texas in 2003. In 2012, he announced his intention to run for his first-ever political office and in November filed papers to run for a state position in Texas.

In November 2013, George filed to run for Texas Land Commissioner, raising over $3 million in campaign contributions. The next year he easily defeated the Democrat John Cook, winning 61 percent of the vote, becoming the first-ever Bush to win his first election.

George assumed office on January 2, 2015 and in May organized a fundraising effort for development of The Alamo historic site.

3. Noelle Bush Made Headlines in 2002 When She Was Arrested & Accused of Drug Offenses 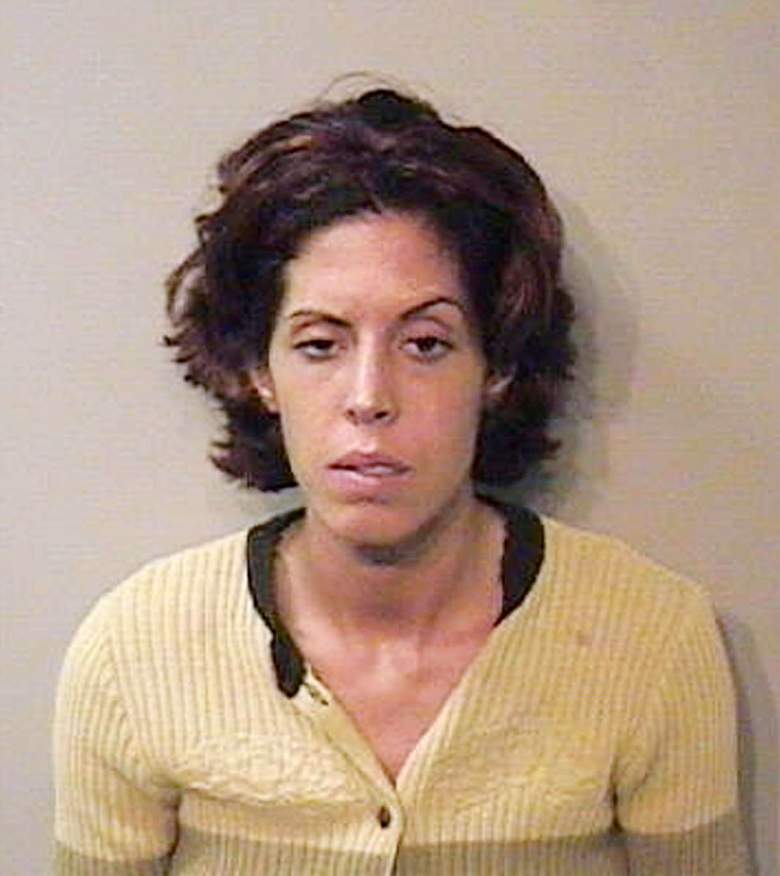 It was 2002. George Bush was in office and Noelle Bush, Jeb’s second child and only daughter, was being arrested.

After trying to forge a Xanas prescription in Tallahassee, Florida, Neolle was arrested and sentenced to rehab. She was subsequently jailed for three days for breaking program rules that July and spent ten days in prison in October after authorities found crack in her shoe. She eventually completed the program in August 2003.

Since her headline-making arrest, Noelle, now 37, has all but disappeared entirely from the political spectrum and, much like her mother, analysts question what kind of toll a presidential campaign could have on her. 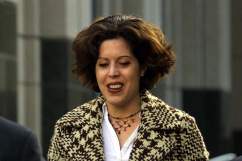 Bush’s youngest son and namesake, who was born on December 13, 1983, has mostly stayed out of the political fray, opting instead to begin his professional career in real estate, working for a commercial firm in Miami, Florida.

Still, John Ellis, or “2.0” as some aides call him, has found himself drawn further and further into the campaign world following his father’s recent presidential aspirations. Earlier this year he was spotted in Iowa, serving as an active campaign surrogate for his father with a focus on building support among Hispanic and millennial voters. He told The Washington Post:

“I basically told him I was all in and happy to do whatever he wanted me to. It’s a huge effort. That’s one thing I’ve learned so far: how much of a massive effort this takes. Not only to potentially win a primary, but win a general. And also actually to get something done when you get there. It’s a huge, long process that takes a massive organization.

It’s not a role that’s entirely unfamiliar for either Jeb. The elder Bush acted in the same capacity for his father, George H.W. Bush and brother, George W. Bush, during their respective presidential campaigns.

5. The Bush Family Can Trace Their Ancestry Back to Colonial America

The Bush family has been around for a very, very long time. They’ve also been pretty powerful for just as long.

The political family can actually trace its collective ancestry back to Colonial America, beginning with Richard Bush who lived in the Plymouth Colony in Massachusetts in the late 1600’s. Perhaps the most impressive Bush ancestor however, was Obadiah Newcomb Bush, who was born in Penfield, New York in 1797. Obadiah fought in the War of 1812 and was a well-known abolitionist, serving as the vice president of the Anti-Slavery Society.

The Bush family is also incredibly well-connected. The group is related, through marriage, to the Walker, Livingston and Schuyler family. The Bush family also added another branch to their extensive family tree in 1992 when Dorothy Bush, the daughter of President George H.W. Bush, married Robert P. Koch. 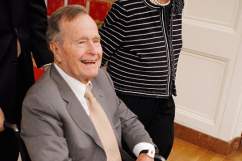 Read More
5 Fast Facts, Fox News, Fox News Debate, Republican primaries
wpDiscuz
2
0
Would love your thoughts, please comment.x
()
x
| Reply
He's part of one of the most famous political families in America but what is the group like away from the cameras? Get to know them here.