Former President Jimmy Carter has revealed following his liver surgery that he’s suffering from cancer. The 39th President of the United States is 90 years old.

1. Carter Is Rearranging His Schedule So He Can Receive Treatment

In a statement, Carter said that he is “rearranging his schedule as necessary so I can undergo treatment by physicians at Emory Healthcare.” A full statement on the former president’s health is expected next week. Carter has been a professor at Emory for over 30 years and his Carter Center is based there.

2. He Had a ‘Small Mass’ Removed From His Liver on August 3

On August 3, it was announced that Carter had a “small mass” removed from his liver. An official statement from Carter at the time said that the surgery was “voluntary.” The statement added “His operation proceeded without issues, and the prognosis is excellent for a full recovery.”

In May 2015, Carter cut short his trip to Guyana because he was feeling ill. He had been promoting his new memoir, A Full Life, across America this year.

4. All of Carter’s Siblings Died of Pancreatic Cancer

In 1988, Carter’s brother, Billy, died of cancer. In his obituary, the New York Times said that Billy Carter had been given a year to live after being diagnosed with pancreatic cancer. His death came five years after their sister, Ruth, had also died of pancreatic cancer in her 50. Two years after Billy Carter’s death, his other sister, Gloria, also succumbed to the disease.

Carter is the second oldest of America’s four living presidents, George H.W. Bush being the oldest. 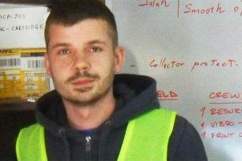