Shannon Miles’ photo was captured in this video of the crime. He approached Texas Deputy Darren Goforth from behind and brutally murdered him, shooting him while he stood and then continuing to shoot him after he fell. (Footage)

Shannon J. Miles was arrested for the execution-style killing of Deputy Darren Goforth at a gas station in Houston, Texas. He has been charged with capital murder and had a long history of crime, including being arrested at least six other times. Officials are still unclear as to what provoked the killing, as they cannot find any connection between Goforth and Miles.

Shannon J. Miles, 20, is in custody and is the main suspect in the execution-style shooting of Deputy Darren Goforth at a gas station in Houston, Texas.

The Harris County Sheriff’s Office arrested Shannon J. Miles, 30, for the execution-style murder of Deputy Darren Goforth. At first, the sheriff’s office released the wrong mugshot on Twitter of the suspect, but the correct mugshot is pictured above. Miles is being charged with capital murder. On its Twitter page, the Harris County Sheriff’s Office said that they found him through a routine search. He was first questioned around 2:30 a.m. following the shooting after the police received a tip, The Daily Caller reported. The police then returned Saturday afternoon and arrested him.

2. Miles Did Not Have Any Connection to Goforth

Deputy Darren H. Goforth, 47, was in uniform at a Chevron gas station when the killer approached him from behind and shot him multiple times. (Harris County Sheriff’s Department)

Goforth was in uniform at the Chevron gas station at Telge and West in Houston, filling up his tank, when he was approached from behind. He was then shot multiple times without provocation and without warning. After falling to the ground, he was shot more. After the murder, Miles fled the scene in a red or maroon extended cab, the Sheriff’s office said on its Facebook page. He evaded authorities until he was arrested the next day.

Authorities have not been able to find any connection between Miles and Goforth. Some officials are saying that the Black Lives Matter movement played a role in instigating this killing.

"This rhetoric is out of control. I know #BlackLivesMatter, so do our lives. Let's drop this and say '#AllLivesMatter'" @SheriffHickman

After Goforth’s murder, Harris County Sheriff Ron Hickman. said it was the most cold-hearted and cowardly incident he’d seen in his 45 years in law enforcement. He added that all lives matter, not just black lives, and cops’ lives matters too.

Deray McKesson, a Black Lives Matter leader, responded to those comments and concerns by saying that he grieved for all victims of violence, but felt it was unfortunate for Sheriff Hickman to use the tragedy to politicize his beliefs and attribute the killing to a movement that seeks peace, The Houston Chronicle reported.

3. Miles Has A Long History of Arrests And Criminal Actions

Shannon Miles, 30, a former high school football player in Cy-Fair, has been charged with capital murder of deputy, http://t.co/UuKFNArZdf

Miles had a long history of arrests, The Houston Chronicle reported. He was arrested at least six other times, including being arrested twice for using force against a police officer. His first arrest was in 2005 for giving false information to a police officer. His other arrests included resisting arrest, criminal mischief greater than $1,500, discharging or displaying a firearm, criminal trespassing, and evading arrest. His arrests showed a long history of violent acts toward police officers, officials said.

4. He Went to a Local College And Had Worked For Fast Food Restaurants And a Church 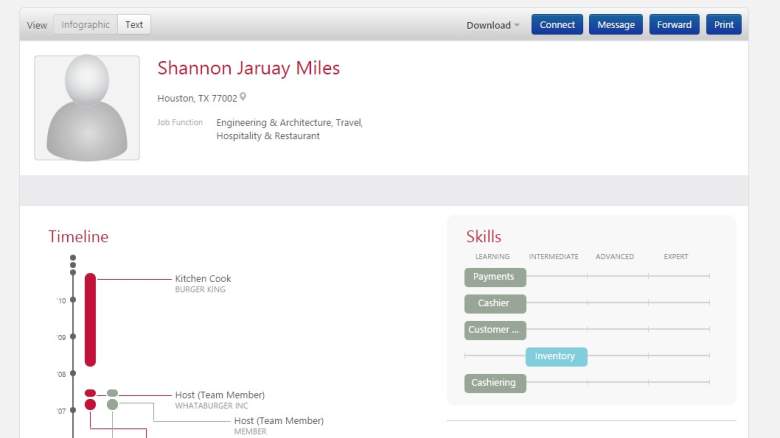 Shannon J. Miles’ resume was posted on Beyond.com. (Beyond)

Miles’ resume, posted on Beyond.com, and an unconfirmed Facebook page indicate a lengthy history working for a variety of fast food restaurants, helping out at church, and attending local colleges, The Daily Caller reported. According to one Twitter user, he was also a former high school football player with Cy-Fair. On his resume, where his name is listed as Shannon Jaruay Miles, his education includes “hotel and lodging management” from the University of Houston. However, the resume lists four bachelor degrees, so it may not be accurate.  His last listed work experience is working as a kitchen cook for Burger King from March 2008 to October 2010. He also worked at Whataburger, Pizza Hut, Wendy’s, and Popeyes. He lists working as a youth supervisor for The Church Without Walls in 2001 for one month, and working as a porter for A+ Limousine.

His neighbors told The Houston Chronicle that he was friendly, but they thought he might have a learning disability. 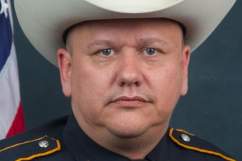 5. Miles Was With His Mother When He Was Arrested

#darrengoforth suspected killer turned in by his mother! He ran home crying, she did the #PeggyHubbard #BlackLivesMatter momma knows best!!!

Miles was with his mother when he was arrested, in the neighborhood of Pine Halls and Lake Crystal Drive. Some news reports said that she insisted that he was not responsible because he was with her. Others said that he came home crying and she was the one who called the police. According to the Houston Chronicle, Miles’ brother said police burst into their home while he was their with his brother, Shannon Miles, and their mother. He said Shannon had gotten off work earlier and gone to the store with his mother, but the brother didn’t provide any additional details because his mother told him to stop talking to reporters, the Houston Chronicle reported. 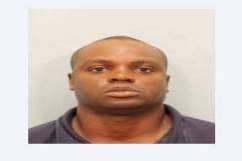 Loading more stories
wpDiscuz
36
0
Would love your thoughts, please comment.x
()
x
| Reply
Shannon Miles was arrested for the shooting of Deputy Darren Goforth at a gas station. Here is what you need to know.