Spencer Stone was the American injured while stopping a gunman on a Belgium train. Despite his own serious injuries, he helped a passenger whose throat was cut, applying pressure to keep him from bleeding out. (Facebook)

Spencer Stone was the American serviceman injured while stopping what could have been a horrific attack on a high-speed train traveling from Amsterdam to Paris. He was one of three Americans who stopped the attacks. Reports vary about his injuries, some saying he was stabbed and others saying he took a bullet in the neck. French authorities said the would-be gunman, who had an AK rifle with nine magazines, a 9 mm pistol, and a boxcutter, was under a terrorist watch for suspected ties with ISIS. Stone, who is in the U.S. Air Force, Anthony Sadler, a college student, and Alek Skarlatos, from the Oregon National Guard, were the three Americans who stopped the attack. A British man named Chris Norman also helped foil the attack.

In October, Spencer Stone was stabbed in his hometown of Sacramento, California, while trying to protect a friend. He was stabbed multiple times in the chest. He’s in stable condition, although police originally described his condition as critical and weren’t sure if he would survive.

1. Spencer Stone Was Injured While Subduing the Gunman 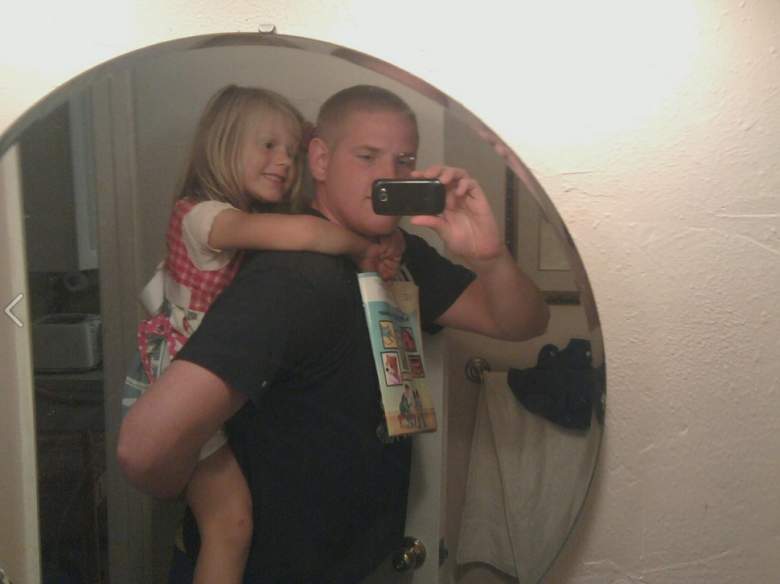 Spencer Stone was injured while stopping a terrorist attack. (Facebook)

Spencer Stone was the American injured while stopping the gunman from shooting a massive number of people on the high-speed train, according to ITV. Skarlatos told ITV that Stone ran a good 10 meters to get to the gunman. They didn’t know that the man’s gun had stopped working; Stone ran anyway, knowing that it would mean he would be shot if the gun was working.

“We’re just lucky that nobody got killed,” Skarlatos told ITV. He and Sadler told ITV that Stone was in good spirits and couldn’t believe what had happened.

Reports initially varied widely on the degree of Stone’s injuries. The Pentagon said the service member did not have life-threatening injuries, but French Interior Minister Bernard Cazeneuve said one American was hospitalized with serious injuries, according to KDRV. According to CNN, he was slashed multiple times by the gunman’s knife or box cutter, including injuries to his head and neck. His thumb also almost got sliced off and doctors performed surgery to reattach it on Saturday. According to Sky News, the surgery went well and Stone has already left the hospital in Lille, France.

Another passenger’s throat was cut and Stone applied pressure to the man’s neck to keep him from bleeding out, despite Stone’s own serious injuries, CNN reported. This passenger may have been Mark Moogalian, who tried to stop the gunman first and was shot in the process.

2. He And His Friends Heard the Sound of a Gun Being Loaded in a Closed Bathroom

Spencer Stone is pictured here with friends in his Facebook cover photo. Stone was injured stopping a terrorist attack on a train in France. (Facebook)

According to CNN, the men heard the sound of a gun being loaded behind closed doors in a bathroom on the train. That’s when they realized they had to stop the man. Chris Norman, a British consultant who lives in France, told ITV that he heard a shot and looked up, seeing a man carrying what looked like an AK-47. If they hadn’t gotten the man under control, they would have seen real carnage, he said.

Three people, including Stone, were injured on the train. The Daily Mail is reporting that the crew barricaded themselves behind a locked door when they saw the gunman, leaving the passengers to fend for themselves — which they did amazingly well.

The following video animation, created by Next Media Animation, depicts what happened on the train and how the gunman was taken down. You first see Damien A. and Mark Moogalian confronting the gunman, and then you see the four men confronting him after he shoots Moogalian:

3. The Men Have Been Awarded Bravery Medals and Will Receive France’s Highest Honor

The three Americans and Norman have already been awarded medals of bravery from the local mayor. Stone was still in the hospital, so he is not pictured in the Twitter photo above. A video, shown below, shows the men on the train after subduing the gunman. You can see at least one person injured and another person lying on the floor, possibly seriously injured. When compared to reports by CNN, it is possible that the video shows an injured Stone attempting to save a passenger’s life by applying pressure to a serious neck wound. The video was originally posted on LiveLeak, before being removed and then reposted on YouTube.

President Barack Obama has contacted all three men and praised them for their heroic actions, ABC News reported. He said that all Americans are proud of their bravery. Stone said in a press conference that the whole thing still feels unreal to him, like it was a dream, The Telegraph reported.

The four men will also receive Legion d’Honneur medals from Francois Hollande, the president of France, during a ceremony on Monday. This medal is the highest honor that France awards and was started by Napoleon Bonaparte in 1802. Two other men, a French citizen who tackled the gunman in the bathroom and a passenger who helped and was hit by a bullet, will also receive medals at a later date, The Telegraph reported. 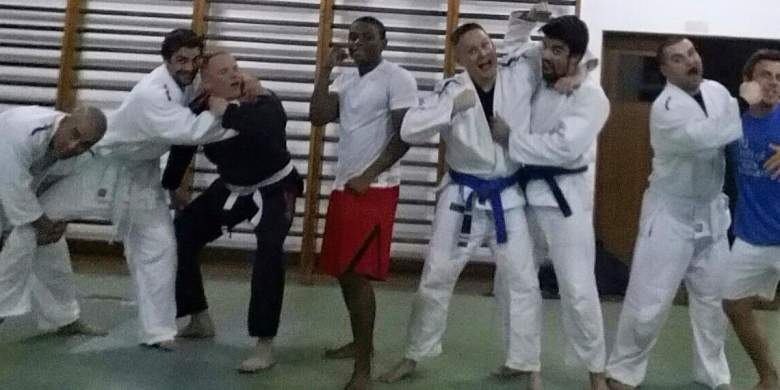 Stone lives in Sacramento, California. He has numerous close friends and practices martial arts, according to his Facebook profile. His cousin posted on Twitter that he was amazing and a true American hero. People magazine has reported that his friends were not surprised by Stone’s heroic actions. A former co-worker at a grocery store where Stone worked said that at 6’1″ or 6’2″, Stone probably used his size to his advantage. He said Stone was always around to help people out. People magazine also reported that Stone’s former basketball coach said that Stone was always trying to motivate people and pick them up, so he wasn’t surprised that Stone stepped in.

The gunman, Ayoub El Qahzzani, was already under watch by at least three European counterintelligence agencies, according to The Telegraph. It is not yet known what motivated his attack, but he was known to have sympathies with ISIS. The gunman had traveled to Syria before the attack and was living in Spain with his parents. The gunman is claiming he had no terrorist ties and was starting an armed robbery where he was going to ransom off passengers, according to The Daily Mail.

Loading more stories
wpDiscuz
19
0
Would love your thoughts, please comment.x
()
x
| Reply
Spencer Stone was injured while helping stop a gunman from killing hundreds on a train in Belgium. Find out more about Spencer here.