Craven had been battling brain cancer, according to The Hollywood Reporter.

1. He Was Born in Cleveland & Was Raised in a Strict Baptist Family

Wes Craven was born in Cleveland, Ohio, on August 2, 1939, to Caroline and Paul Craven. He grew up in a strict Baptist family, according to a 2011 profile in the New York Times.

Craven told People in 1989 that he didn’t see a movie until he was in college and was isolated in his childhood by his strict religious family.

He is also survived by his two children, Jonathan, 50, and Jessica, 47, from his first marriage.

2. He Was a Professor Before Getting Into the Film Industry

Craven attended Wheaton College, where he earned degrees in English and Psychology.

At Wheaton, an Evangelical Christian college in Illinois, Craven began to rebel against his Christian upbringing.

“I published a love story about a white woman and a black man and another story about a girl who was not married but was pregnant,” he told People in 1989. “The college president banned the magazine and denounced me from the pulpit.”

He also had Master’s degrees in philosophy and writing from Johns Hopkins University. Before working in the film industry, Craven briefly taught English at Westminster College and was a professor at the then-Clarkson College of Technology (Clarkson University).

Craven’s first experience working in movies was in the adult film industry. He then wrote, directed and edited his first feature film in 1972, The Last House on the Left.

3. He Created the ‘Nightmare on Elm Street’ Franchise & Directed the ‘Scream’ Films

Craven is the creator of the Nightmare on Elm Street franchise and its main character, Freddy Krueger. He also directed the Scream series. According to his official website:

Craven reinvented the youth horror genre again in 1984 with the classic A Nightmare on Elm Street, a film he wrote and directed. He conceived and co-wrote Elm Street III as well, and then after an absence of three more sequels, deconstructed the genre a decade after the original, writing and directing the audacious Wes Craven’s New Nightmare, which was nominated as Best Feature at the 1995 Independent Spirit Awards, and introduced the concept of self-reflexive genre films to the world. Craven has always had an eye for discovering fresh talent, something that contributes to the success of his films. While casting A Nightmare on Elm Street, Craven discovered the then unknown Johnny Depp. Craven later cast Sharon Stone in her first starring role for his film Deadly Blessing. He even gave Bruce Willis his first featured role in an episode of TV’s mid-80’s edition of The Twilight Zone.

In an oral history of A Nightmare on Elm Street last year, Craven told Vulture the story that inspired the legendary films:

I’d read an article in the L.A. Times about a family who had escaped the Killing Fields in Cambodia and managed to get to the U.S. Things were fine, and then suddenly the young son was having very disturbing nightmares. He told his parents he was afraid that if he slept, the thing chasing him would get him, so he tried to stay awake for days at a time. When he finally fell asleep, his parents thought this crisis was over. Then they heard screams in the middle of the night. By the time they got to him, he was dead. He died in the middle of a nightmare. Here was a youngster having a vision of a horror that everyone older was denying. That became the central line of Nightmare on Elm Street.

His other films included The Hills Have Eyes, The Serpent and the Rainbow, Vampire in Brooklyn and Red Eye. He also directed several episodes of The Twilight Zone television show.

4. The Stars of His Films & Others in Hollywood Have Mourned the Loss of Craven on Twitter

The stars of Craven’s were among those in Hollywood to mourn the loss of Craven on social media Sunday night.

Today the world lost a great man, my friend and mentor, Wes Craven. My heart goes out to his family. x

Thank you for being the kindest man, the gentlest man, and one of the smartest men I've known. Please say there's a plot twist. #wescraven

Damn guys. @WesCraven died. A brilliant filmmaker, he brought quality & depth of character to every movie he made. Amazing library- bravo

Nobody goes to sleep wishing for a nightmare–but if you have one tonight, may it be worthy of a Wes Craven film.

Wes Craven taught me that your work team is also your family. Some of the dearest people in my life are people I met while working for him.

The 1st horror movie I ever saw was Nightmare on Elm Street. I'd see Freddy's face in my bedroom at night for months. Thank you Wes Craven.

Had a chance to work with Wes Craven years ago. My one and only foray into horror. Learned a ton from him. Just a solid, nice guy. RIP.

5. He Was an Avid Birder & Was on the California Audobon Society’s Board of Directors

Craven was a birder, and was named to the Audobon California’s board of directors in 2011.

Craven said, in a press release after being named to the Audobon board, “I’ve been fascinated by birds my whole life. Audubon California not only does important work protecting birds and the environment, but also connecting young people to the beauty of nature. I’m glad to be a part of that.”

“It’s difficult to get kids – particularly urban kids – interested in the natural world, because there’s so much concrete around them, so many distractions, such as television,” Craven said. “But it’s tremendously important to help kids make that connection to nature, and the folks at Audubon California are serious about doing it.” 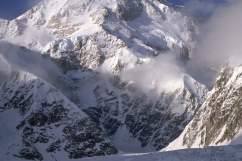 Mount McKinley to Be Renamed Denali: 5 Fast Facts You Need to Know