A 14-year-old kid in Texas was arrested after a clock he made was mistaken for a bomb sparking more fears about Islamaphobia in America. The kid is Ahmed Mohamed, who says he’s an inventor in his spare time, brought a homemade clock to Irving MacArthur High to show his engineering teacher. Though that teacher was impressed, he implored his student not to show any other staff.

The Dallas Morning News reports that after an English teacher saw the clock, police were notified and Mohamed, clad in a NASA t-shirt, was led out of his school in handcuffs. He was taken to a local juvenile prison. According to the Dallas News report, Mohamed is the son of Sudanese immigrants.

2. Despite Having ‘No Reason’ to Think the Clock Was a Bomb, Police Arrested the 14-Year-Old

A police spokesperson told the media that responding officers “had no reason to think [the clock] was dangerous” but still arrested Mohamed.

Thank you fellow supporters. We can ban together to stop this racial inequality and prevent this from happening again pic.twitter.com/fBlmckoafU

That spokesman said “We have no information that he claimed it was a bomb. He kept maintaining it was a clock, but there was no broader explanation. It could reasonably be mistaken as a device if left in a bathroom or under a car. The concern was, what was this thing built for? Do we take him into custody?” He added that if the public saw the clock, they would understand the need the concern. This is not a view shared by President Obama, who tweeted to Mohamed saying:

Cool clock, Ahmed. Want to bring it to the White House? We should inspire more kids like you to like science. It's what makes America great.

On his personal Twitter page, Mohamed has received messages of support from employees at NASA and MIT.

3. He’s Been Suspended From School for 3 Days

Despite the false alarm, Mohamed has been suspended by his school for three days. The Dallas Morning News reports that in a letter sent to parents, school administrators have admitted “the item did not pose a threat to your child’s safety.” Also, local police are still debating whether or not to charge Mohamed with a bomb hoax offense.

4. After News of the Arrest Emerged, the Hashtag ‘#IStandWithAhmed’ Began to Trend on Twitter

This incident has led to the hashtag “#ISTANDWITHAHMED” becoming a Twitter trend in the U.S.

@JasonWhitely @IrvingPD Students interested in #STEM fields at such a young age should be encouraged, not arrested. #IStandWithAhmed

Disgusting how a kid gets accused of 'terrorism' for making a clock but you see some kids like this #IStandWithAhmed pic.twitter.com/GyHlounDJh

In addition, the school’s Facebook page is being overrun with criticism. One woman, Caitlin MacLeod, wrote “Hey. You guys SUCK for what you did to Ahmed. You’re a shitty learning institution and I would be ASHAMED if my kids had anything to do with you.”

5. The Mayor of Irving Previously Said That She Thinks Muslims Are Trying to Take Over American Culture & the Courts

This story is leading to more allegations about Islamaphobia in Texas. In March 2015, Irving Mayor Beth Van Duyne said that Muslims in America were plotting to take over culture and the courts in the U.S. Then, in an interview with former Fox News host Glenn Beck, Van Duyne said that religious figures in the Islamic faith were “bypassing American courts” in mediating their own problems. Mayor Van Duyne has expressed her support for the Irving police in the arrest of Mohamed.

Writing for Gawker, Glenn Greenwald described Mohamed’s arrest as a “natural, inevitable byproduct of the culture of fear and demonization that has festered and been continuously inflamed for many years.” 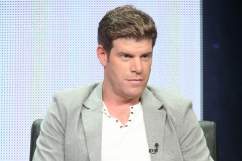 Steve Rannazzisi Lied About 9/11: 5 Fast Facts You Need to Know

Loading more stories
wpDiscuz
14
0
Would love your thoughts, please comment.x
()
x
| Reply
A 14-year-old kid in Texas was arrested after a clock he made was mistaken for a bomb sparking more fears about Islamaphobia in America.