America’s most famous pollster has died at the age of 73. The Pew Research Center announced on the morning of September 8 that Andrew Kohut had passed away. He will be best remembered to his various appearances on TV news explaining political polls and demographic surveys to the nation.

According to NPR, Kohut had been suffering from leukemia since 2009. His wife, Diane Colasanto, said that her husband is “finally at peace.” Earlier in 2015, Kohut’s son, Matthew, wrote online that he had been a stem cell donor to his father.

2. He Founded One of America’s Top Polling Organizations

His death was first announced in a statement on the website of the Pew Research Center. Their statement says that Kohut was the group’s founding director, serving until 2012.

3. CBS’ Reporter Major Garrett Said Kohut Had ‘Too Many Accomplishments to List’

So sad to hear of @pewresearch Andrew Kohut's passing. I stopped to listen each time I heard him on @NPR. His voice will be missed.

Tributes are being paid to Kohut on Twitter with CBS’ Major Garrett writing “Too many accomplishments to list; so much perspective given to a number-hungry nation.” His son Matthew, wrote a tribute to his father prior to Kohut’s death, saying that one of the lessons his father taught him was to be “keenly aware that asking the wrong question would elicit the wrong answer.”

4. He Was a Student of George Gallup

Up until his death, Kohut was a regular contributor to PBS Newshour where he would regularly comment on the Pew Research Center’s latest numbers. His profile at Pew’s website reads:

He was a student of George Gallup and Paul Perry, the founders of modern polling and opinion research practices, respectively. He served as President of The Gallup Organization from 1979 to 1989.

In 1989, he founded Princeton Survey Research Associates, a polling firm specializing in media, politics and public policy studies. In 1990, he became the founding director of surveys for the Times Mirror Center for the People & the Press, and he became its director in 1993.

5. Kohut Was Passionate About How the Rest of the World Viewed America

He was a renowned author, most recently publishing America Against the World. His NPR tribute notes that Kohut spoke frequently on the subject of “America’s image in the world.” The New York Times Book Review wrote about the book “Once you see the deep and diffuse roots of current anti-Americanism, you realize there won’t be an easy fix.” 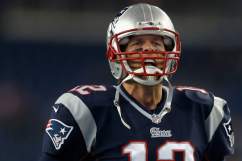 Where to buy ‘The Four Agreements,’ Tom Brady’s Wisdom Book