A prominent anti-gang violence artist was shot dead while he worked on a peace mural in Oakland. Although he’s not been officially identified as the victim of the September 29 shooting in northern California, friends and family have named the deceased man as Antonio Ramos. He was 27 years old. Ramos had been working on a mural for the Attitudinal Healing Connection on the 3500 block of West Street under an overpass for Interstate 580.

1. The Shooting After Ramos Had a ‘Heated’ Conversation With Another Man at the Site of the Mural

ABC Los Angeles reports that Ramos had been working on the mural at around 10:30 a.m. on September 29 when a man started messing with his equipment. Ramos told the man to leave, moment later the gunfire broke out and the artist was killed. Speaking to NBC San Francisco, a witness said that the conversation that Ramos had with the assailant was “heated.” That station adds that police haven’t identified an official suspect or motive in the case.

2. He’d Been Creating Peaceful Murals Since 2012

Members of the Oakland Super Heroes Mural Project released a statement after Ramos death saying “In the midst of beautifying the community with youth messages of hope and love, this horrific tragedy happens…senseless gun violence that continues to plague our communities.” That statement said that Ramos had worked on murals for the group since 2012.

3. His Mother Said Ramos Was a ‘Sweet Spirit & Amazing Artist’

A YouCaring page has been set up to help Ramos’ family pay for funeral costs as well as pay tribute to the slain artist. At the time of writing the page has raised over $15,000 of a $25,000 goal. It was set up by Ramos’ mother who wrote:

Antonio was the victim of senseless violence Tuesday, September 29th. He was working on a mural commissioned by Attitudinal Healing Connection under the leadership of David Burke when he was tragically shot by a passerby who is still at large.

Antonio was a sweet spirit, a good friend, an amazing artist. My husband helped get him the mural job. We want to help his family with any incidentals.

My husband and I are in shock; I cannot imagine how this news is affecting his family. Our hearts and prayers are with them.

The page adds that a vigil was held for Ramos on the night of September 29 in the same location where he was shot.

4. One Tribute Said Ramos ‘Will Always Live in the Hearts of Those That You Have Touched’

His death has resulted in an outpouring of emotion on Twitter. Meanwhile on Instagram, one friend, Kool Cheez, wrote “Rest in paradise Antonio Ramos! You will always live in the hearts of those that you have touched.”

In memoriam: Muralists plan to add #AntonioRamos's portrait to mural he was working on when he was shot & killed pic.twitter.com/fAkALNLpHo

New wed morn. This man is a fellow artist and friend of Antonio Ramos. Saw him welling up @kron4news pic.twitter.com/F0aatVQq1N

Oakland Police Chief Sean Whent told the media that the shooting was “really tragic” and “totally unacceptable.” The mayor of Oakland, Libby Schaaf, also commented, telling the San Francisco Examiner that Ramos and the group he worked for “is one of the most heartfelt organizations in the city and provides hope and opportunity for young people and I know their people well.” Anybody with any information about the shooting is asked to call Oakland police homicide investigators at (510) 238-3821. 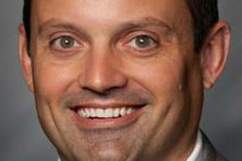 Loading more stories
wpDiscuz
4
0
Would love your thoughts, please comment.x
()
x
| Reply
A prominent anti-gang violence artist was shot dead while he worked on a peace mural in Oakland.