After punching out a bully who was picking on a blind kid, hero Cody Pine was suspended by his school and allegedly kicked off the football team. The incident happened at Huntington Beach High School on September 23. Since then, a video of the knock out punch has gone viral and been viewed over 500,000 times on YouTube.

1. The Mother of a Female Student at the School Says Her Daughter Was a Victim of the Bully

Orange County Weekly reports that Huntington Beach cop Jennifer Marlatt said that the blind student and the bully “have a history of not getting along.” She went on to say “The victim walked past the suspect at lunch around 12:30 p.m. when they began arguing and the disabled boy was hit…It does not appear the incident has any connection with the victim’s disability.” The mother of a female student at the school went on to tell OC Weekly that her daughter was bullied by the kid shown getting punched by Pine in the viral video. She said that the bullying was so intense, it changed who her daughter was. That woman said:

Huntington did nothing about it and it made my daughter lose faith in people and the school system. So our family doesn’t buy that statement from HBHS because my family was tested and put through hell by this same bully that hit the blind kid. [The suspect] picks on people that won’t stick up for themselves.

2. An Online Petition Has Nearly 35,000 Signatures to Get His Suspension Revoked

A petition was launched on The Petition Site, in an attempt to get Pine reinstated on the school’s football team. However on his Twitter page, Pine makes it clear that he “quit football about a year ago due to grades.” The petition was later changed to reflect that it wanted Pine’s suspension revoked. At the time of writing, it has over 34,000 signatures, just one thousand short of the 35,000, it was targeting. One fan wrote “Coming to the aid of someone in need is never the wrong thing to do. Did he break a school rule? Yes, was he justified in breaking the rule? ABSOLUTELY!!!!!!!”

3. One Huntington Student Wrote on Twitter ‘The Blind Kid Is So Blind He Can Skate’

A student at Huntington Beach High School, Maston Wooten, tweeted that the victim “is so blind he can skate.” That message was later removed with Wooten being subjected to a barrage of abuse from other users. With one student writing “I’m not even mad anymore. I just think this is funny.”

4. He’s Getting a Lot of Love on Twitter, Even From Montel

@4codyjames way to be. DM me any time.

Pine has been subjected to some serious love on Twitter, with most fans admonishing his school for suspending him for the punch. Even TV host Montel Williams tweeted Pine telling him “way to be.” Here are some of the best other messages that Pine received:

Keep reading about that shit that happened with the blind kid, if I was there, I'd be right next @4codyjames proud of you man

I'm so proud of my boy @4codyjames love ya big guy

@4codyjames hey I don't know you but I have a lot of respect for you and so do many others for what you did today. You are an amazing person

In a statement, the Huntington Beach High School district reiterated its zero violence stance but said it was reviewing the entire case, saying:

The school is now responding to this isolated incident by interviewing students and witnesses to determine exactly what happened,’ the district said in its statement. ‘Additionally, the school is working with local authorities to define the appropriate actions necessary once all of the information is collected.

Huntington Beach High School firmly believes that all students are afforded an opportunity to learn in a safe and secure environment. Because of this, safety is the highest priority.

Huntington Beach High School has a very strong anti-bullying code of conduct and will not condone this type of behavior from any student. 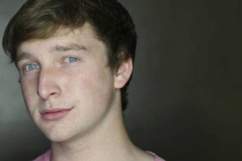 Read More
5 Fast Facts, Breaking News
wpDiscuz
12
0
Would love your thoughts, please comment.x
()
x
| Reply
After punching out a bully who was picking on a blind kid, hero Cody Pine was suspended by his school and allegedly kicked off the football team.